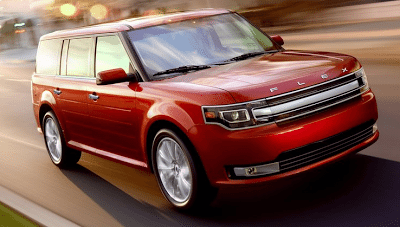 How popular are Ford’s utilities? America’s best-selling SUV-only brand, Jeep, the eighth-ranked automaker in July, sold a total of 41,559 SUVs, Patriots, and Compasses last month, 6205 fewer than Ford managed to sell. And it was a good month for Jeep: sales were up 7% year-over-year.

Mainstream domestic brands aren’t the only sellers of sport-utility vehicles and crossovers, of course. From the carish Juke to the Titan-based Armada, Nissan has sold 195,152 utilities in 2012. Toyota’s 4Runner, FJ Cruiser, Highlander, Land Cruiser, RAV4, and Sequoia combined for 215,631 sales in the first seven months of this year. The best-selling Honda CR-V, in concert with the Pilot and a few Elements, outsold the Toyota utility division by 16,241 units between January and July. And the Hyundai-Kia group found 163,864 buyers for the Santa Fe, Tucson, Veracruz, Sorento, and Sportage.

Historical monthly and yearly sales figures for all these SUVs can be found by accessing the first dropdown menu at GCBC’s Sales Stats home. After the jump you’ll see three tables which (generally) sort SUVs and crossovers by class by detailing July and year-to-date sales data. You can click any of the three accompanying charts for a larger view.