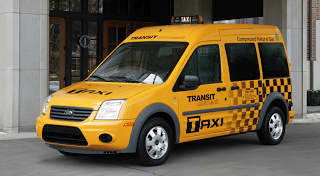 Home
All Vehicle Rankings
Trucks & Vans
Van Sales
While it may not seem important to casual auto industry observers who simply wish to find out which Japanese sedan was America’s best-selling car in July 2012, commercial vans form a key part of an automaker’s plans in the United States. Well, some automakers.

Ford, for example, scored 6.7% of its total July volume with the E-Series and Transit Connect. With 11,201 sales between the two, these cargo (and sometimes personal use) vans were more important, on volume terms, than the Mustang, Taurus, Fiesta, Edge, Expedition, or Flex.

At General Motors, the Chevy Express and GMC Savana combined for 11,980 sales in July 2012. Combined, Chevrolet’s Tahoe and Suburban didn’t come up with that kind of volume.

Over at Mercedes-Benz, the Sprinter was delivered to 473 more new owners than the CL, S, SL, SLK, SLS, G, and R-Classes put together. You can argue that the Sprinter doesn’t make quite as much money for Mercedes-Benz as, perhaps, an S63 AMG, but with 2.6 times the volume and a simple chassis, Mercedes-Benz is probably quite thankful to have the Sprinter on its side.

Historical monthly and yearly sales figures for all these vans can be accessed through the first dropdown menu at GCBC’s Sales Stats home or near the top right of this page. Below you’ll find detailed July and year-to-date data.