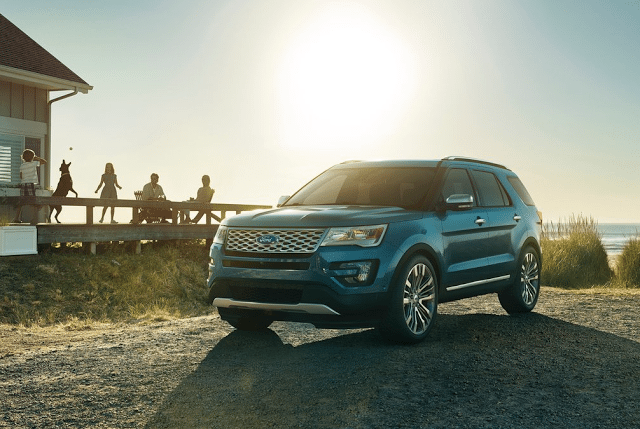 January 2016 was an abbreviated sales month as results for 2015 continued to be collected until January 4 of this year. There were only 24 selling days for the auto industry in January 2016, down from 26 last year. Thus, while “January” volume was down 0.4%, the daily selling rate between January 5 and February 1 was up 8%.

Thus, while the best-selling vehicle in America, Ford’s F-Series, generated 5% fewer “January” sales in 2016 than in 2015, the F-Series’ DSR – the sales produced between January 5 and February 1 and the equivalent period a year ago – was up 3%.

Did the auto industry experience a slowdown in January? The red font will lead you to believe that the first follow-up to a record 2015 calendar year was poor. In fact, there was, in a sense, January sales growth. The faults of the auto sales calendar hid this fact.

Along with the F-Series claiming top spot among new vehicles overall and the top truck line, the Toyota Camry continued as America’s best-selling car, trucks continued to claim the three top spots, and the Toyota RAV4 was the best-selling SUV/crossover for a third consecutive month.

The Lexus RX was America’s best-selling premium brand utility vehicle in January 2016. No three-row vehicle sold more often than the Ford Explorer. The Toyota Tacoma grabbed nearly half of all small/midsize truck buyers.

One new vehicle began its U.S. sales tenure in January. Buick sold the first 88 copies of the Cascada convertible, a vehicle which won’t be sold north of the border in Canada.

On the whole, Buick was the 17th-best-selling auto brand in America in January 2016, up two spots from a year ago thanks to the brand’s best month of January retail sales since 2003.

Beginning with these January results, we’re also including totals for the corporate overlords: General Motors, Ford Motor Company, Toyota Motor Corp., and others.

Reminder: these are January 2016 rankings, but you can sort vehicles by the January 2016 column header – which produces the same results this month – or you can rank vehicles by improvements or declines using the % columns. Or, most importantly, you can list automakers together by selecting the Vehicle column header.

Source: Automakers & ANDC & WSJ
* Italicized, asterisked, unranked lines are nothing more than available breakdowns, already included in the model’s total, not in addition to the model’s total.
² Total Prius Family sales: down 24.0% to 9311.
³ BMW has traditionally chosen to include sales of the 4-Series within figures for the 3-Series, presumably for year-over-year consistency’s sake, while also combining the 1-Series and 2-Series. Now, since July, we have a 3-Series/4-Series breakdown. (Hyundai does the same with the Genesis and Genesis Coupe.)
Total 3-Series/4-Series sales: down 30.3% to 5119.
° Overall market figure is a combination of all reported sales figures plus estimates for Tesla.
† Tesla figures are estimates from HybridCars.com.
Sales data for brands such as Aston Martin, Ferrari, Lamborghini, Lotus, Rolls-Royce etc. are unfortunately not broken down by model. estimates say sales for Aston Martin and Lotus in January 2016 were 86 and 4, respectively.
Tesla, unfortunately, doesn’t release model-specific monthly U.S. sales data, but we source estimates from HybridCars.com. Model S sales estimate: down 13.3% to 1300. Model X estimate: 400.