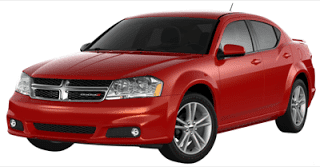 Many others, including the Buick Regal; Mazda 6; and Honda Insight, posted dreadful year-over-year declines. Buick Regal volume has been eaten alive by the Buick Verano. The Mazda 6 is about to be replaced. The Honda Insight hasn’t found more than 1000 buyers since March of last year; not more than 2000 since April 2011.

As we already did with the U.S. January small cars post, the vehicles listed in the tables below have undergone some realignment to better reflect natural competitors. Some are or will be displayed in other segment breakdowns.

The accompanying chart, which ranks all these cars by January volume, can be clicked for a larger view. The tables below are sortable. Simply click the column header to arrange alphabetically, by volume, or by year-over-year change. Feel free to click any model name to be directed to its own Sales Stats page where historical monthly and yearly sales figures are located in one place. You can also find the sales figures for any car sold in January at GCBC’s All Vehicle Rankings page. This way, if you don’t agree with the way GoodCarBadCar arranges models, you can compare whichever vehicles you so desire.

Source: Automakers & ANDC
* Indicates a car that is also shown in another GCBC segment breakdown
^ Prius breakdown by variant