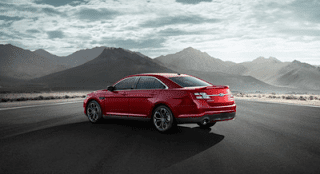 That figure was beat by the Hyundai Azera, sales of which rose from next-to-nothing to a still-paltry 797 units in January. The Hyundai Genesis, which has both coupe and sedan bodystyles, outsold the Azera 3.1-to-1 in January.

Big gains were also recorded by the Toyota Avalon, now in its fourth iteration. The Avalon continues to form a relatively small part of Toyota’s U.S. volume. But while its January 2012 total equalled 3% of Toyota brand sales, the Avalon was responsible for 3.5% of the brand’s January 2013 total, a total which rose 26% to 136,621 units.

GoodCarBadCar continues to showcase the Hyundai Genesis with luxury cars but will also do so with some other large mainstream brand vehicles in the future. The accompanying chart, which you can click for a larger view, ranks these cars by January volume, but the table below is now sortable by any column, so it offers the same function. As always, click any model name to find historical monthly and yearly sales figures, or select a make and/or model at GCBC’s Sales Stats page.

Source: Manufacturers & ANDC
* Indicates a car that is also shown in another GCBC segment breakdown