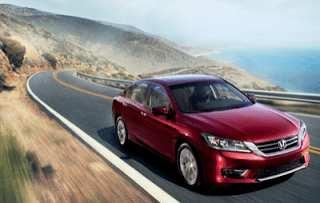 Toyota’s three best-selling nameplates ended January 2013 as three of America’s nine-best-selling cars. Toyota Camry sales jumped 13%, easily enough to fend off the surging Honda Accord (up 75%) and Toyota’s own Corolla, which with a bit of help from the Matrix, outsold the Honda Civic for small car honours.

Half of the cars in the top 10 were midsize sedans, including the best-selling American car in America, Ford’s Fusion. The Fusion was scarcely challenged by Ford’s Focus and the Chevrolet Malibu, which were 6238 and 6576 sales back, respectively. Half of the cars in the top 20 were conventional midsize sedans, as well.
All 247 Vehicles Ranked By January 2013 Sales
America’s overall new vehicle market grew by approximately 14% in January. Nine of the cars in this group exceeded the average. In the case of the Accord, Fusion, Dodge Avenger, and Volkswagen Passat, sales rose by more than 40%.
You can find historic monthly and yearly sales figures for any of these vehicles by making a selection at GCBC’s Sales Stats home. GoodCarBadCar published a list of America’s best-selling trucks, well… actually a list of all the trucks available, earlier this afternoon. SUVs and crossovers are coming up shortly. All will be grouped together for a top 30 list on the weekend followed by a full list of every nameplate’s January sales early next week.
For now, study this grouping of the 20 best-selling cars in America in January 2013.