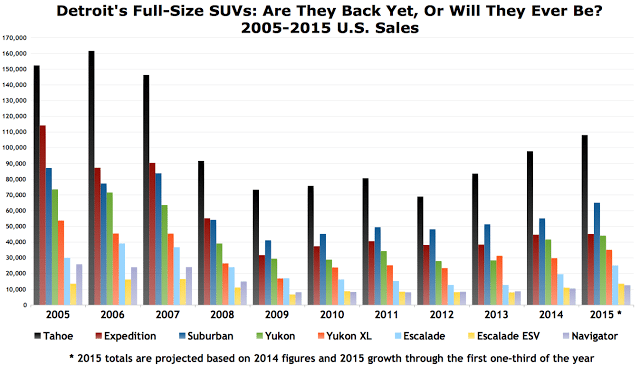 Those are big figures.
But they’re not that big.

To place the numbers in context – particularly after seeing that, last month, GM couldn’t match the sales pace of April 2014 when their latest versions were being launched – we’ve charted the sales figures for all the remaining Detroit brand full-size SUV nameplates. (Click the chart for a larger view.)

GM has six SUVs represented; Ford and Lincoln bring in another two. We skipped over the Excursion, which was extinguished in 2006. The Dodge Durango is no longer a truck-based SUV. 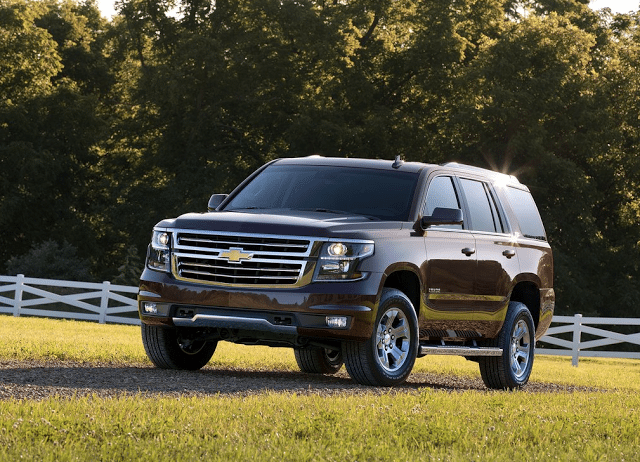 As the chart shows, Detroit’s big brutes are on the upswing, rising much faster this year than the overall industry. But will that growth be sustained throughout 2015? Our projected estimates for this year are somewhat conservative to reflect the fact that growth through the first four months of 2015 is not likely to be matched as the year goes on.

Moreover, it’s abundantly clear that these vehicles, from the Chevrolet Tahoe to the Lincoln Navigator, simply do not sell with the frequency they once did. Blame crew cab pickup trucks. Blame roomy three-row crossovers. Blame the fact that these vehicles have rapidly moved upmarket. One way or another, they’re popular. Just not that popular.