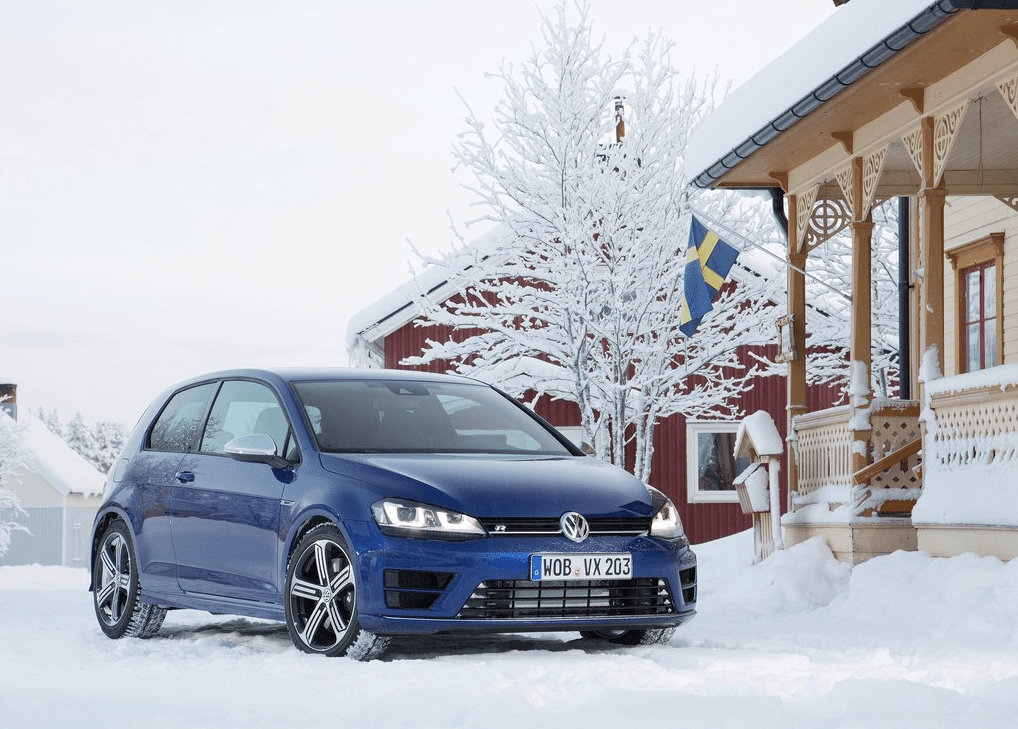 Compared with the same period one year ago, those figures represent 5% and 9% improvements, respectively.

America’s best-selling car in February was the Toyota Camry, which stole back the crown it typically wears after a two-month hiatus. The top-selling utility vehicle in America is the best-selling Honda, the CR-V. Ford’s usual number two, the Escape, slid to fifth spot in February.

There were no new vehicles added to the list in February, although the anxiously awaited Mk7 Volkswagen Golf R returned with 362 February sales. Golf R sales hadn’t occurred in any of the previous seven months.

The table below is completely sortable, so when you click the column header to sort by vehicle names to showcase all Porsches together, for example, you’ll also see the Porsche brand’s total. Manufacturers are shown in bold for differentiation between makes and models. At any time, click the Rank column to return to the original format. If you’re on a mobile device, you may need to choose the full version of the site (at the bottom of the page) in order to use the sortable function.

Reminder: these are year-to-date rankings, but you can sort vehicles by February volume by clicking the February 2015 column header, or you can rank vehicles by improvements or declines using the % columns. Or, most importantly, you can list automakers together by selecting the Vehicle column header.

Source: Automakers & ANDC
* Italicized, asterisked, unranked lines are nothing more than available breakdowns, already included in the model’s total, not in addition to the model’s total.
² Total Prius Family sales: down 6.6% to 12,018 in February; down 3.2% to 24,262 YTD.
³ BMW has chosen to include sales of the 4-Series within figures for the 3-Series, presumably for year-over-year consistency’s sake, while also combining the 1-Series and 2-Series. Hyundai does the same with the Genesis and Genesis Coupe.
Sales data for brands such as Aston Martin, Ferrari, Lamborghini, Lotus, Rolls-Royce etc. are unfortunately not broken down by model. estimates say sales for those brands in the first two months of 2015 were 206, 354, 126, 30, and 154, respectively. Tesla, unfortunately, doesn’t release model-specific monthly U.S. sales data, but Automotive News now issues estimates for the brand, and those estimates say Tesla sold 2000 cars in February; 4250 YTD.  HybridCars.com, however, has typically estimated much lower Model S sales: 1400 in February; 2900 YTD.