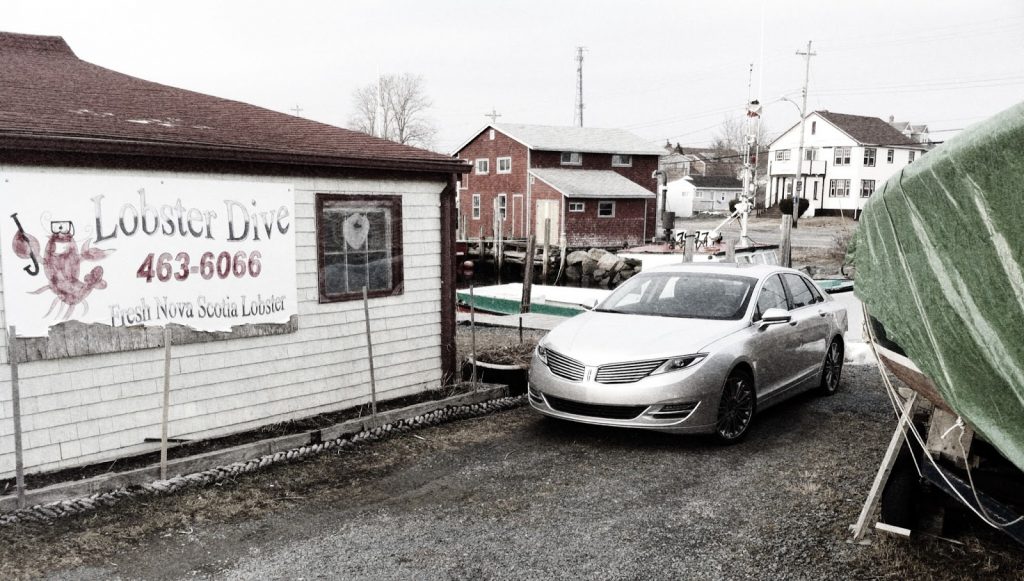 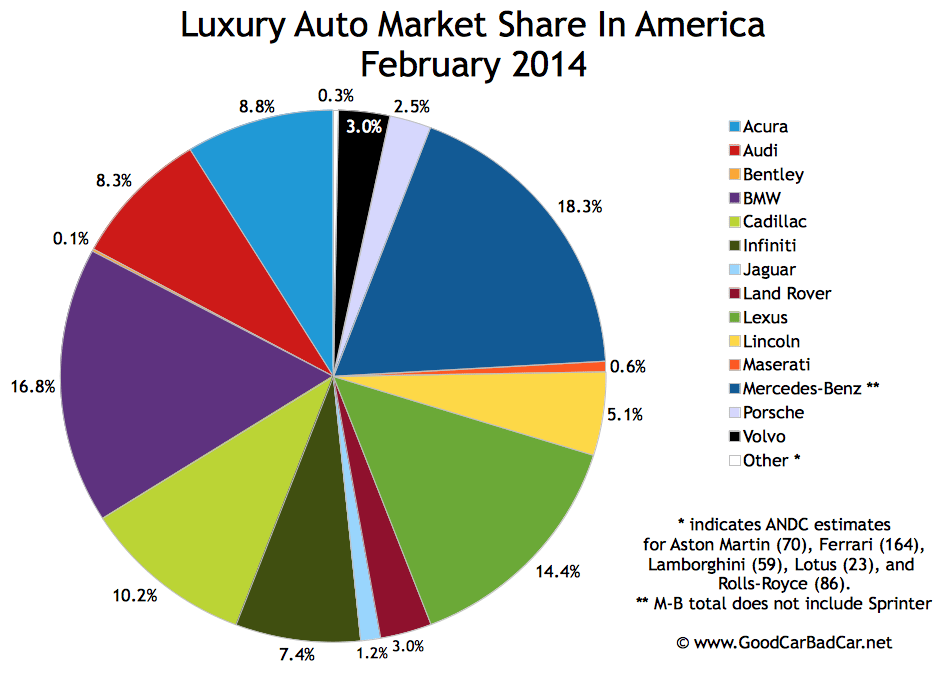 The 3-Series and its 4-Series two-door offshoot led all contenders for the best-selling luxury vehicle crown by more than 2100 units. Seven of the 15 leaders were premium brand utility vehicles. The 3-Series was joined by seven other passenger cars in the top 15.

The 3-Series/4-Series tandem’s growth was not rare among upmarket vehicles in February 2014, although the overall new vehicle market was level. Only five of the nameplates in the top 15 attracted fewer new customers this February than they did a year ago.

Source: Automakers & ANDC
Red font indicates year-over-year declining sales
$45,000 USD (before delivery) is an arbitrary borderline, but if GCBC was to follow this system of designating only expensive vehicles as luxury vehicles, adding approximately $15,000 to the average new car transaction price seemed like a fitting place to begin. Plenty of less expensive vehicles with specific models feature prices above $45,000 – M, RS, and AMG models come to mind, specifically – but in the case of the second list, we know that none of the registrations were of cars priced at $32,750, as would be the case with the new BMW 320i, which costs less than a Honda Accord V6 Touring. The biggest problem with a $45,000 minimum price of entry? Cars like the Cadillac XTS, which starts at $44,600.
^ In February, Infiniti also sold 927 copies of the Q50’s predecessor, the G sedan, and 411 Q60s.
^ The regular-wheelbase Escalade, the best-selling member of the Escalade family, found 776 buyers in February, fewer than, for example, the 1110 managed by the Infiniti QX80 and GMC Yukon XL, the 896 XFs sold by Jaguar, the 869 Range Rovers sold, or the 856 911s Porsche sold.
* BMW USA, not GoodCarBadCar, has chosen to combine sales of the 3-Series and 4-Series.
Cadillac’s new CTS – 2509 February sales – starts at $45,100, but the lingering CTS Coupe is a sub-$40K car, and the wagon starts at $42,195.