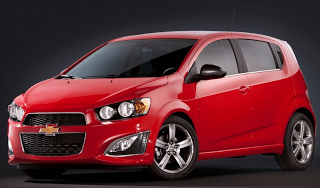 For the third consecutive month, Dodge broke its record for Dart sales in America. The Dart has been on sale since June 2012, when 202 found homes. While its total seems relatively low – in comparison eight better-selling compact cars – it’s worth noting that, from Chrysler’s perspective, this second-straight 7K-unit month stands in stark contrast to the typical Dodge Caliber sales month.

Over at General Motors, Cruze sales took a dip. Chevrolet Sonic volume was down sharply, as well. The HHR’s disappearance continues, as it has for months. At Buick, the Verano sold more than twice as often as the Acura ILX. For those who consider the Buick Encore a small car, we’ve linked it with other like-minded products, if like-minded is what they can be called. February was the Encore’s second month, its first proper month on sale. Through the first two months of 2013, it’s America’s 164th-best-selling vehicle.

Across town, Ford car counters suffered a loss of 2542 units. The Ford Fiesta was down by 503 units. In its subcompact class, the Fiesta was outsold by just two cars: the Nissan Versa and Chevrolet Sonic. Even with booming Versa sales and 3128 extra Prius C sales – it had only just got on sale a year ago – these nine subcompact cars collectively posted a 3.1% year-over-year sales decline in February 2013. The overall market was up 3.7%. Automotive News says passenger car sales, as they classify passenger cars, were up just 0.2% last month.

Suggestions as to how GCBC should break down segments in the future? Send’em on down. Historical monthly and yearly sales figures for any of these vehicles can be found by clicking a model name in the tables below, or by making a selection at GCBC’s Sales Stats page. (Non-mobile users can also select a make and model near the top right of this page.)  Nine of America’s 20 best-selling cars in February are represented in this post.

Source: Manufacturers & ANDC
* Indicates a model that is also shown in another GCBC segment breakdown