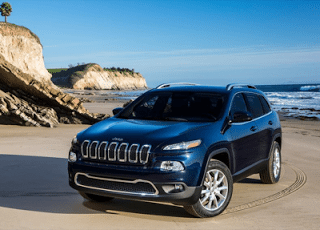 Americans registered 4% more new vehicles in February 2013 than in the same period of 2012, a month which was full of more auto selling days. The U.S. market had posted year-over-year increases of 7%, 15%, 9%, 14%, respectively, in the previous four months.

Huge gains reported by the Dodge Avenger, Charger, Challenger, Journey, Durango, together with 7720 sales from the Dart, propelled the Chrysler Group to a 4% gain in February 2013 despite big (and predictable) losses at Jeep and falling Chrysler brand sales.

Hyundai posted its best February ever thanks to strong Santa Fe volume. Volkswagen sold 879 more vehicles this February than last – the Beetle was up by 2393 units.

Ford Motor Company sales rose sharply in February, and the two brands which make up the company have now sold 46,235 more vehicles this year than during the same period in 2012. But while Lincoln accounted for 3.8% of FoMoCo volume last February, that figure fell to 2.5% in February 2013 as Lincoln volume fell 29%.

General Motors made good use of a group effort to find a 7% increase in sales: all four brands posted increases between 5% and 20%.

Without the Sprinter, Mercedes-Benz was barely able to outsell BMW for premium brand leadership status. BMW trailed the non-Sprinter Benzes by 729 units. Through the first two months of 2013, BMW trails Mercedes-Benz by 4412 units.

The worst year-over-year decline in February 2013 was reported by Lincoln, sales of which didn’t even add up to 3% of FoMoCo’s total. Conversely, Bentley, Porsche, and Dodge posted the best year-over-year increases.

To see vehicles ranked differently, click the column headers to sort the list of these auto brand sales figures alphabetically, by year-to-date volume, or by year-over-year change.

Best seller lists for cars, trucks, and SUVs/crossovers will be published later this afternoon. For specific monthly and yearly figures, make a model or brand selection at GCBC’s Sales Stats page, which will be updated throughout the day, as well.

Click column headers to sort by specific categories. Using the mobile version of GoodCarBadCar? Switch to the web version at the bottom of the page, at which point columns should be sortable.
Updated @ 5:49 PM AT on 03.01.2013