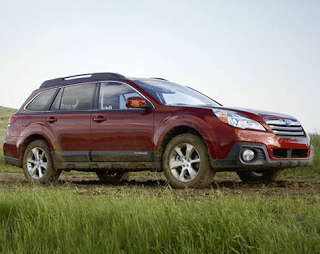 There’s nothing like the holiday season to put you in the mood to buy iPods, chocolate, and… pickup trucks? America’s five best-selling trucks, which appear on this 30 best-selling vehicles list in first, second, fifth, 18th, and 25th spots, all had their best sales months of 2012 in December. As far as GoodCarBadCar’s monthly records go (three full years), all of those trucks had their best sales month in memory in December 2012.

GCBC covered the whole pickup truck sector last night, and there are links to those historical monthly and yearly sales figures at the best-selling trucks post. But while Americans did enjoy purchasing or leasing trucks in December, purchases which were often made with huge savings, the Ford F-Series and Chevrolet Silverado weren’t the only vehicles Americans registered in December 2012. For the second consecutive month, the Honda Civic was America’s best-selling car. Civic sales jumped 61% year-over-year. 6.5% of all the new vehicles sold in the United States in December were either Honda Civics, Accords, or CR-Vs.

As more evidence that year-over-year comparisons aren’t always the most informative statistic, consider the 29th-best-selling vehicle in America in December 2012. Subaru Outback sales ended the year up 13% compared with 2011, yet December results produced a 10% decline compared to December 2011. Bad news, a downward trend, disappointing for Subie fans?

Not at all. December was the Outback’s best U.S. sales month this year and only ended up in the red because December 2011 was outrageously good. Sales at this point last year were up 31%. Subaru sold 13,148 more Outbacks this year than last, and fully 10.3% of the Outbacks Subaru sold in America in 2012 left dealerships in December.