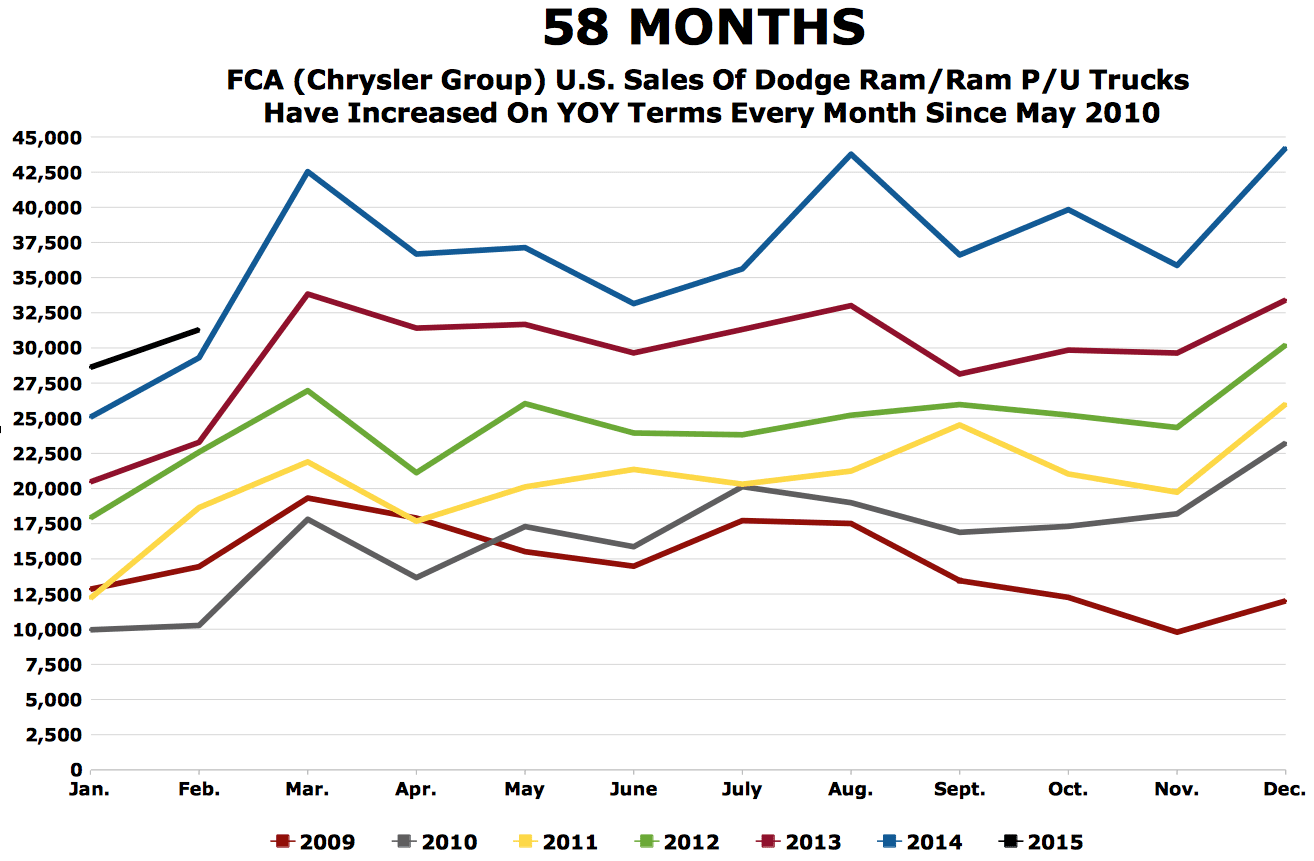 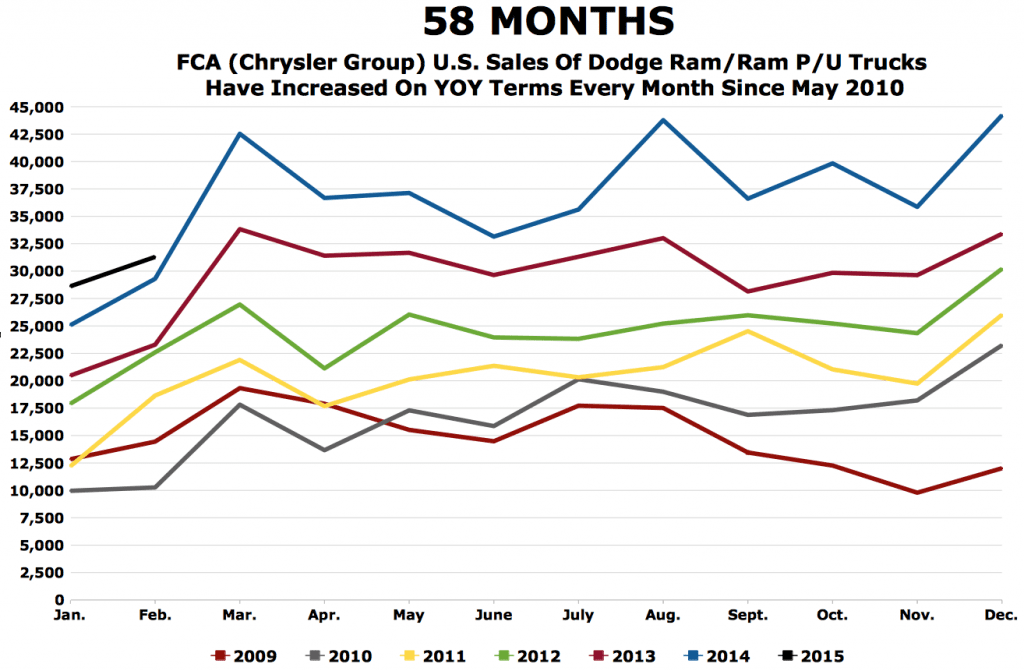 “Sales of the Ram pickup truck were up 7 percent in February; its 58th-consecutive month of year-over-year sales gains.” – FCA US LLC press release, March 3, 2015.

What do 58 consecutive months of year-over-year U.S. sales improvement look like? This chart is one way of looking at it. Ever since May 2010, Ram P/U sales have been on the rise. Most recently, this translated to a 24% year-over-year increase in calendar year 2014, a 14% jump in January 2015, and a 7% improvement last month.

No high-volume vehicle has even approached the level of consistent growth achieved by the Ram P/U, America’s third-best-selling vehicle line. The Audi brand’s 50 consecutive months of year-over-year improvement and 19 consecutive months of monthly sales records is similar, powered by an expansion of its model range, greater interest in entry-level luxury, and steadily improving brand image. Indeed, the Ram P/U’s parent company, FCA (née Chrysler Group) has posted consecutive U.S. year-over-year sales increases in every month going back to April 2010.

While it’s true that the truck market declined consistently during the same period, the class-leading Ford F-Series didn’t fall quite as hard, sliding 56% between 2004’s record high and 2009’s low point. Moreover, while the F-Series continues to be America’s top-selling truck and best-selling vehicle line overall, it hasn’t recovered to the same degree as the Ram: F-Series sales jumped 82% between 2009 and 2014 and even last year were still 20% off 2004’s pace. 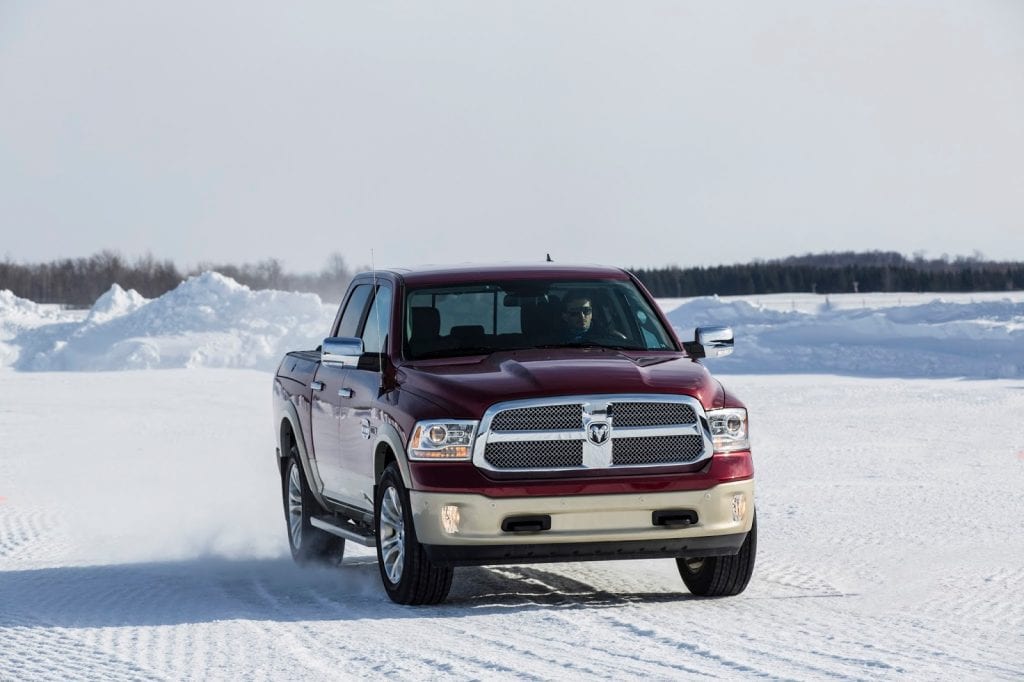 And yet, even now, Ford’s overwhelming capacity and steady increases from the full-size GM twins keep the Ram at bay. In 2003, 18.8% of the full-size trucks sold in the United States were Rams. Over the last two months, that figure is only modestly higher at 20.1%.