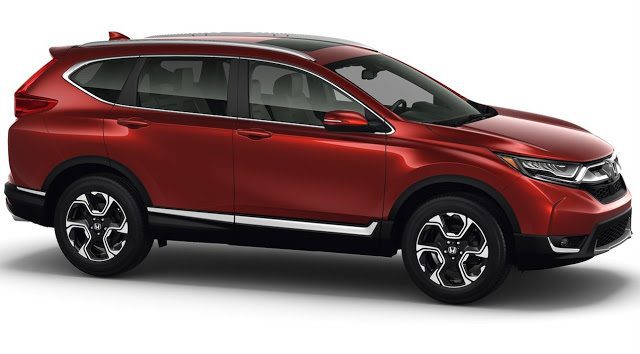 While many sectors of the American new vehicle market stumbled in October 2016, the third consecutive month of decline for an industry which had grown 2% through the first-half of the year, SUVs and crossovers continue to make headway.
American auto consumers purchased and leased 565,000 utility vehicles in October 2016, 12,000 more than in the same period one year ago, a modest 2%

But that 2% increase occurred during an abbreviated sales month. There were only 26 selling days in October 2016; 28 in October of last year (when sales reporting extended two days into November.) On a per-day basis, U.S. sales of SUVs/crossovers – led by the Honda CR-V – jumped 10% in October 2016, year-over-year.

Strictly viewed from a volume perspective, only one of the six top-selling SUVs/crossovers in America reported year-over-year improvements. But that vehicle, incidentally, was the most popular utility vehicle in America: the Honda CR-V.

In fact, the Honda CR-V reported its best-ever October results. With 30,306 sales, the CR-V owned 5.4% of America’s SUV/crossover market.

In each of the last four years, throughout the fourth-gen CR-V’s lifespan, the Honda CR-V was America’s top-selling utility vehicle. In 2016, after trailing for much of the year, the CR-V now leads the second-ranked Toyota RAV4 by nearly 4,000 units.

As it turns out, Honda is now ready to launch a fifth-generation CR-V, pictured above. Quite apparently, with a low-key debut in October, Honda didn’t draw so much attention to the new CR-V that demand for the outgoing model was decreased.

Source: Automakers & ANDC & WSJ
* Italicized, asterisked, unranked lines are nothing more than available breakdowns, already included in the model’s total, not in addition to the model’s total.
Tesla, unfortunately, doesn’t release model-specific monthly U.S. sales data, but we source estimates from HybridCars.com and The Wall Street Journal.
HybridCars.com Model X estimate: up 9900% to 1000 in October; up 83,200% to 13,328 YTD.
WSJ Model X estimate: 1800 in October; 9250 YTD.