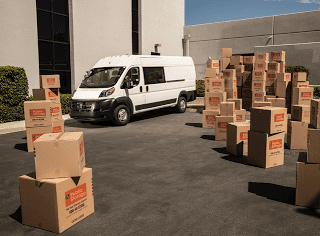 America’s commercial van category grew by nearly 5200 units, a 26% year-over-year increase, in October 2013. The class-leading Ford E-Series fended off all challengers with ease as sales grew 18%.

A new contender appeared in the form of the Ram ProMaster. In just its first month on the market, Chrysler sold 570 ProMasters while also doubling sales of the Dodge Grand Caravan-based Ram C/V. Chrysler’s market share in the category shot up from 1.9% in October 2012 to 5.6% in October 2013. Ford still claimed half the market; GM owned another 30%.

For perspective on the ProMaster’s early success, consider the Nissan NV, which technically found its first owners in February 2011 but didn’t report a 500+-unit month until July 2011.

You can click any model name in the tables below to find historical monthly and yearly U.S.  auto sales data. You can also select a make and model at GCBC’s Sales Stats page. This table is now sortable, so you can rank commercial vans any which way you like. Suggestions on how GCBC should break down segments can be passed on through the Contact page.