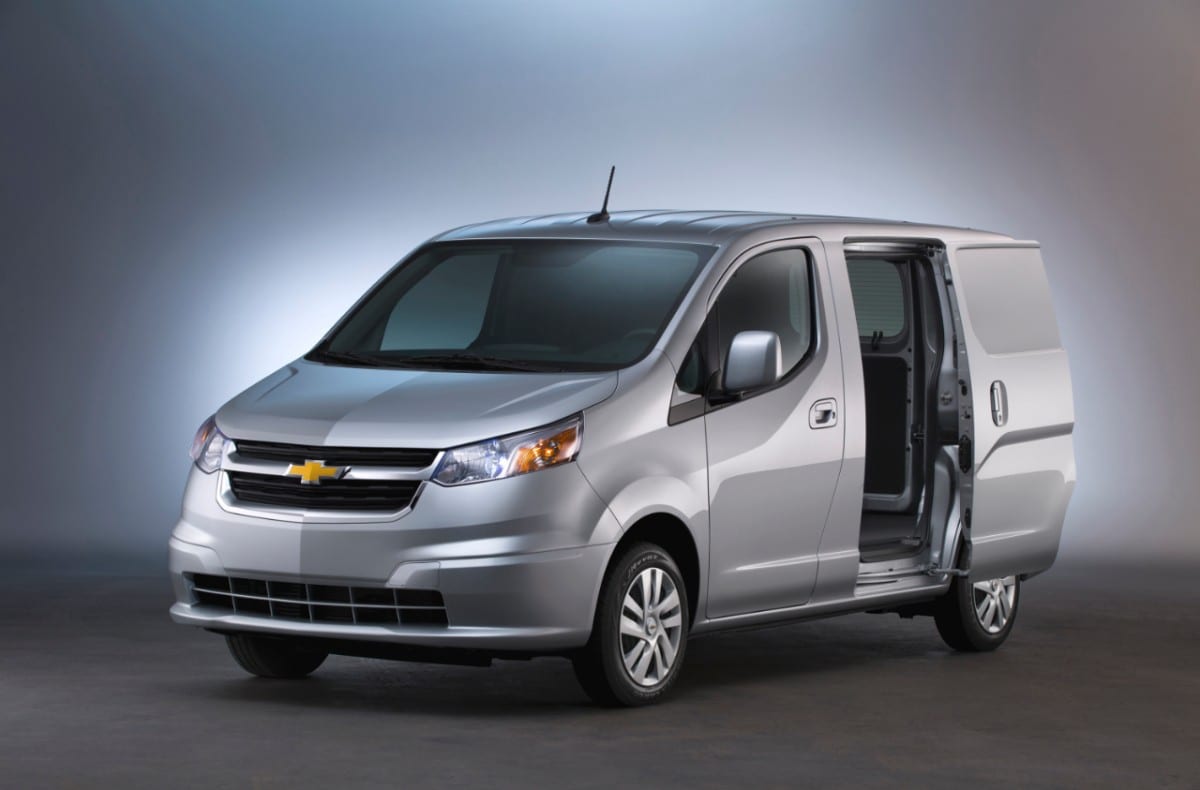 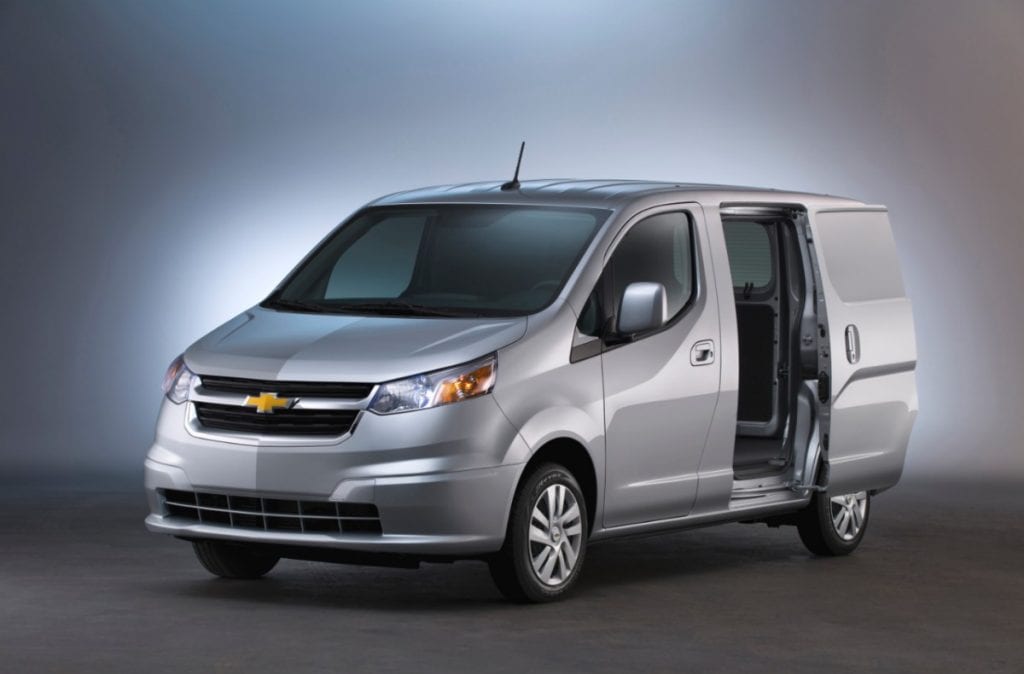 In a slower month for full-size commercial van sales in the United States, the newest product was the top seller. The Ford Transit was America’s best-selling commercial van in November 2014. 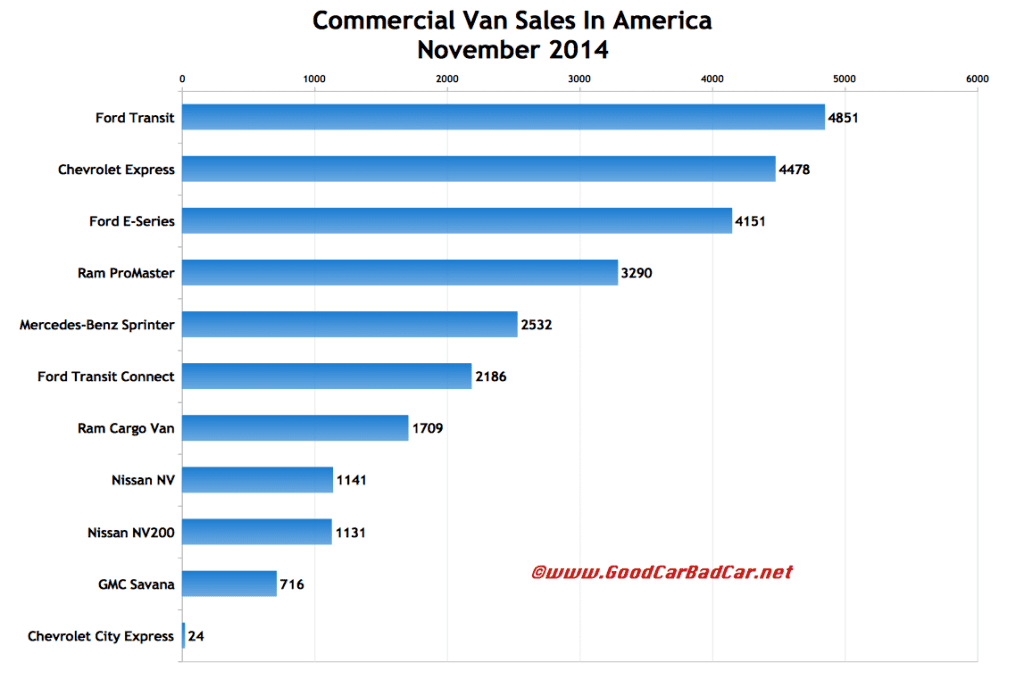 Total full-size commercial van volume slid slightly less than 1%, however, and Ford’s own full-size tally was down 11%. Ford’s E-Series sold more often in November 2013 than the E-Series and Transit combined in November 2014.

Ford also led the small commercial van category with 2186 Transit Connect sales, a 5% decline. The Transit Connect and its two rivals, the Nissan NV200 and Ram Cargo Van, were joined by an NV200 twin, the Chevrolet City Express, in November 2014. 24 were sold last month, a number which will rise rapidly. Small vans accounted for 19.3% of the overall category, up from 14.9% a year ago.