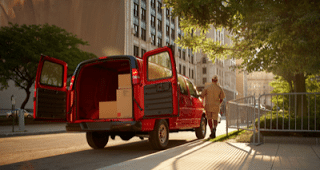 America’s commercial van category slid 11% in July 2013. This was mainly a result of an inordinately strong July 2012 for GM’s van twins, which led to a drastic decline for the Chevrolet and GMC one year later.

Sales of the Ram Cargo Van, Nissan’s NV, and Ford’s E-Series and Transit Connect all increased. Nissan also added 496 sales to the category’s tally with the NV200. NV200 volume remains low, but sales have grown each month since it went on sale.

The segment’s 23,689 sales accounted for 1.8% of the overall new vehicle market in July 2013. Through the first seven months of 2013, commercial van sales are up slightly, and the group of eight is responsible for 2% of the industry’s volume.

You can click any model name in the tables below to find historical monthly and yearly U.S. sales data. You can also select a make and model at GCBC’s Sales Stats page. This table is now sortable, so you can rank commercial vans any which way you like. Suggestions on how GCBC should break down segments can be passed on through the Contact page.