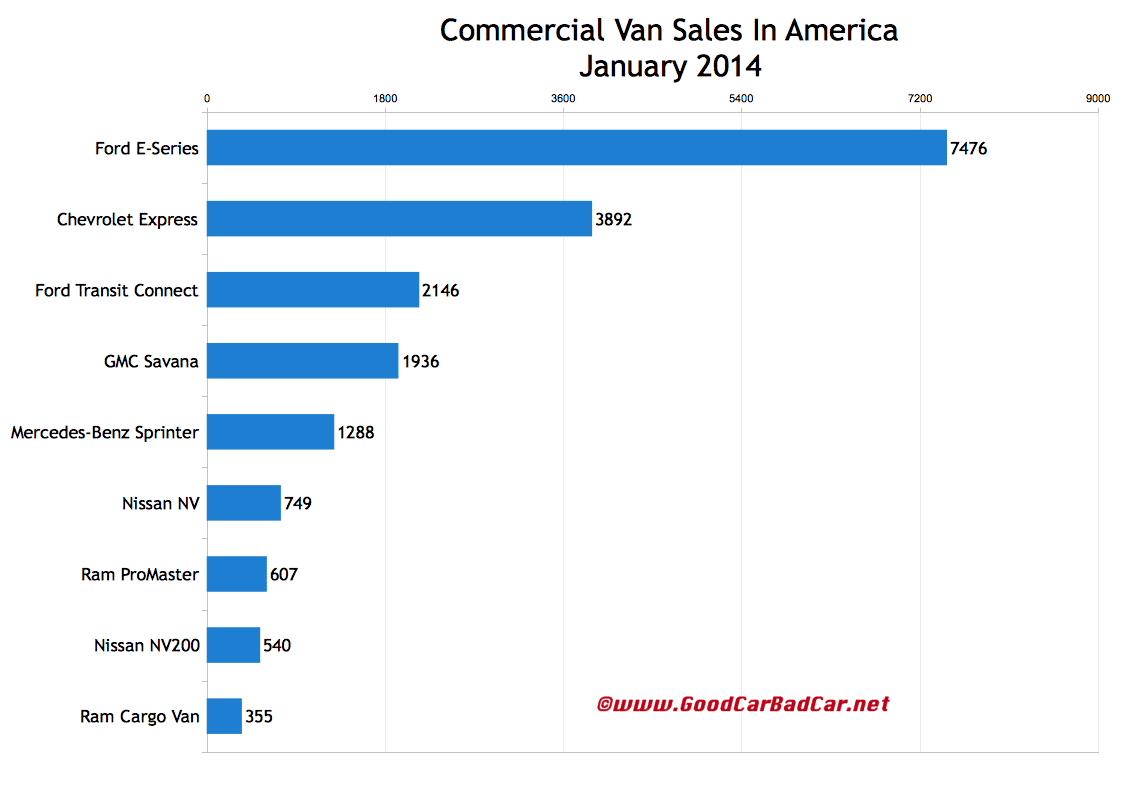 Out of sync with the auto industry as a whole, commercial van sales in America grew 2.7% in January 2014. The Ford E-Series continued as the segment’s top dog; the Ram Cargo Van trailed the pack.

Challengers abound, and their control is lessening, but Ford and GM still combine to produce most commercial van sales in America: 81% in January.