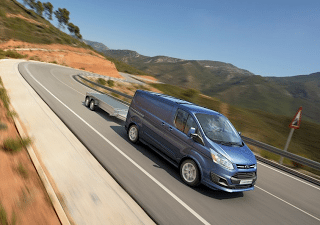 As America’s new vehicle market grew 8.5% in April 2013, the commercial van sector produced slightly slower improvement. The 7.3% improvement stands in contrast to the very narrow gains made in the overall first third of 2013, nevertheless.

54% of the segment went Ford’s way in April as E-Series sales improved and Transit Connect sales declined. We also heard yesterday that the replacements for these two vans will be delayed. New full-size Transits likely won’t be on North American roads until the latter stages of 2014’s third quarter. Not to worry, of course. Buyers seem more than willing to consider the antiquated E-Series.

Just as they’re willing to buy more than twice as many Chevrolet Express vans than Sprinters, NVs, NV200s, and Ram C/Vs combined. The Sprinter remains the premium alternative, but it’ll eventually be challenged by the Ram ProMaster and Ford’s newer vans.

Historical monthly and yearly sales figures for any of these vans can be accessed by clicking the model name in the table below or by selecting a make and/or model at GCBC’s Sales Stats page. The table below is sortable, so you can rank vans by April volume, year-over-year change, year-to-date volume, or year-to-date year-over-year change. Or you can go back to the alphabetical listing simply by clicking the Van column header.