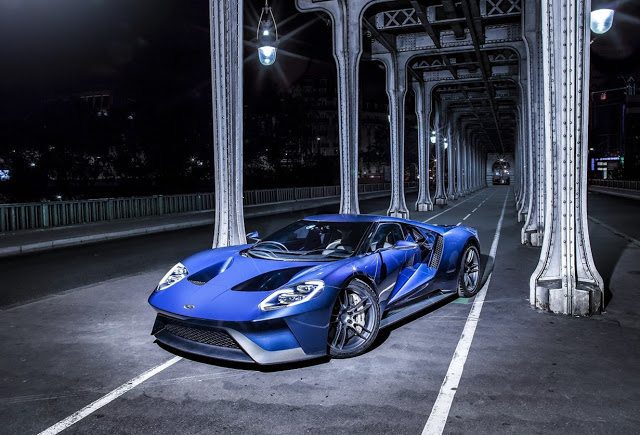 U.S. car sales plunged 12% in February 2017 as the market narrowly contracted. Through the first two months of 2017, overall auto sales are down by roughly 38,000 units. Yet outside of the passenger car market, auto sales have actually increased 6% so far this year.

But all five of America’s most popular cars have sold less often in 2017’s first two months than in the first two months of 2016. Far less often, in fact. The best-selling Honda Civic, Toyota Corolla, Toyota Camry, Nissan Altima, and Honda Accord combined to lose 30,000 sales already this year.

Perhaps some of that decline will be extinguished by the arrival of a new Toyota Camry in the coming months. Or perhaps the 2018 Camry will soon be faced with the same situation now facing the Honda Civic. Still fresh off a redesign, the Civic is blessed with an additional bodystyle – the hatchback launched late last year – yet Civic sales are down 8% so far this year.

The Hyundai Ioniq, Kia Niro, and Ford GT are the newest vehicles added to America’s passenger car fleet. Argue over the Kia Niro’s “crossover” status if you must, but it’s a front-wheel-drive wagon in our books.

Ford, meanwhile, reported the first three sales of its Canadian-built GT supercar. Don’t expect the new, high-priced GT to sell in the kinds of numbers achieved by the more “affordable” previous-generation GT. If you wanted a copy of this new car, you needed to apply.

Reminder: these are 2017 year-to-date rankings, but you can sort cars by February volume by clicking the February 2017 column header, or you can rank cars by improvements or declines using the % columns. Or, most importantly, you can list automakers together by selecting the Car column header.

Source: Automakers & ANDC & WSJ
* Italicized, asterisked, unranked lines are nothing more than available breakdowns, already included in the model’s total, not in addition to the model’s total.
² Total Prius Family sales: down 14% to 9044 in February; down 15% to 16,873 YTD.
³ Hyundai USA combines sales of the Genesis and Genesis Coupe. Mercedes-Benz USA, not GCBC, is also intermittently combining E-Class and CLS-Class sales figures.
° Overall market figure is a combination of all reported sales figures.
Sales data for brands such as Aston Martin, Ferrari, Lamborghini, Lotus, Rolls-Royce etc. are unfortunately not broken down by model. estimates say sales for Aston Martin and Lotus in 2017’s first two months were 174 and 30 units, respectively.
Tesla, unfortunately, doesn’t release model-specific monthly U.S. sales data, but we source estimates from HybridCars.com and The Wall Street Journal.
HybridCars.com Model S sales estimate: down 11% to 1700 in February, down 9% to 2900 YTD.
WSJ Model S estimate: down 14% to 1800 in February; down 6% to 3700 YTD.