No news here: the Toyota Camry continued as America’s best-selling car in September 2013.

And while Camry sales slowed compared with September 2012, sales of the Camry’s two best-selling rivals, the Honda Accord and Nissan Altima, fell at a faster rate. Consequently, the Camry, America’s most popular car through the end of August, expanded its lead in September by 6695 units to 36,888 sales.

Enthusiast-oriented cars, however, aren’t common at the top of the heap. Which leads us to an important question: setting aside cars like the Camry, Cruze, 200, Charger, and other conventional sedans and hatchbacks, how often do truly fun cars sell? We’re not talking about fun-to-drive compacts like the Mazda 3 or style-conscious hatchbacks like the Kia Soul. Consider a handful of recently introduced high-profile sports cars.
• All 265 Vehicles Ranked By September 2013 & YTD U.S. Sales
• All 90 SUVs & Crossovers Ranked By September 2013 & YTD U.S. Sales
The Porsche Cayman is America’s 125th-best-selling car. It sells slightly less often than the Hyundai Equus, but slightly more often than the BMW Z4. Arriving at dealers in September, the Mercedes-Benz CLA250 sedan ranks 126th. Mercedes-Benz calls it a coupe. It has four doors and a trunk. 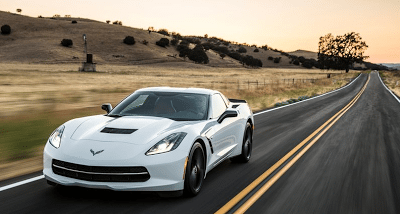 Chevrolet’s seventh-generation Corvette is just starting to arrive at dealers. The outgoing model has suffered from old age. It’s America’s 90th-best-selling car this year, in between the improving BMW 7-Series and the declining Mercedes-Benz S-Class, which is also in a model changeover phase.

76 car nameplates sell more often than the Scion FR-S; 77 sell less often than the FR-S. Its numbers are very similar to those of the Audi A5 and Acura ILX, as well as the figures achieved by Scion’s own tC.

Meanwhile, Chrysler’s SRT Viper is America’s 139th-best-selling vehicle. Viper volume is 31% stronger than sales of Mercedes-Benz’s SLS AMG, but the Audi R8 sells 41% more often than the Viper. Simply put, the newest Viper simply hasn’t sold as well as Chrysler expected. Then again, it doesn’t look that new, and that’s typically more of a problem for all-new sports cars than it is for sports cars which are simply ageing. 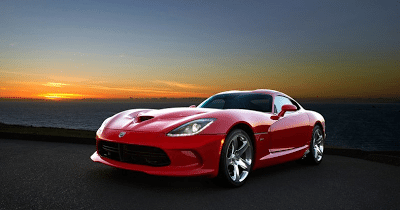 These are year-to-date rankings, but you can sort cars by September volume by clicking the September 2013 column header, or you can rank cars by improvements or declines using the % columns. Or, most importantly, you can list automakers together by selecting the Car column header. Just remember, the list is horizontally flipped from the norm: YTD on the left, monthly data on the right.

Source: Automakers & ANDC Italicized unranked lines are nothing more than available breakdowns, already included in the model’s total, not in addition to the model’s total.
Sales data for brands such as Aston Martin, Ferrari, Lamborghini, Lotus, Maybach, Rolls-Royce etc. are unfortunately not broken down by model. estimates say sales for those brands in the first eight months of 2013 were 621, 1458, 414, 198, zero, and 756, respectively. HybridCars.com estimates that Tesla Model S sales totalled 14,250 units through nine months, which would be good enough to place it in the top 150 overall. Total Maserati and Bentley volume is reported, but not by specific models.
* Total Toyota Prius family sales up 1.9% to 186,756 in 2013, down 16.1% to 15,890 in September.* Combined, the new Q50 and the outgoing G sedan are down 13.8% to 30,844 this year but rose 47.6% to 4144 in September. The Q50, Q60, and all G cars are down 15.3% to 39,003 this year – good enough to crack the top 80 – but rose 35.7% to 4988 in September.* Chrysler markets the Viper as an SRT but we show it here as a Dodge so you can see the vehicles with like-minded products when you sort vehicles alphabetically using the Car column header.