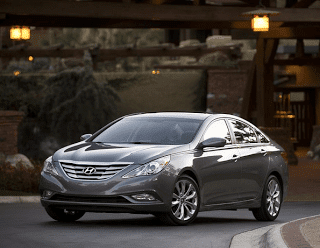 By outselling its nearest rival by nearly 4000 units in October 2013, the Toyota Camry expanded its year-to-date lead, through ten months, to 40,870 sales. More than 5% of American car buyers have chosen the Camry this year. The Camry and its eight-best-selling midsize rivals accounted for 28% of U.S. new car purchases in the first ten months of 2013.

Yet Camry sales aren’t growing as fast as the industry average. Indeed, in six of 2013’s ten months, Camry sales have fallen, and year-to-date sales are up just 1%. America’s auto industry is up 8.2% this year; car sales are up a little less than 6%.

The Camry’s stagnation doesn’t compare to the decreases we’ve seen from a handful of higher-end car nameplates. (From a volume perspective, Toyota has more than made up for the Camry’s narrow 3420-unit gain in a booming industry with 13,532 extra Corolla sales.)

The Infiniti M is down 39%, equal to 2945 lost sales for already-small Infiniti.

The Buick Regal has fallen 33%. Buick’s 7069 lost Regal sales are due in part to Buick’s decision to orient itself toward the Verano. It’s America’s 46th-best-selling car and accounts for 41% of Buick’s car volume, up from 31% a year ago.

More related to the Camry, sales of the aging Hyundai Sonata have slid 10% this year, although October was a positive Sonata sales month. Toyota Venza volume is down 10%, Chevrolet Malibu sales are down 10%, and the forgotten Subaru Legacy is down 7%. In that group, the Sonata’s drop stands out because of its typically high-volume status – it was America’s seventh-best-selling car in 2011. The Sonata’s 10% loss in 2013 is worth 19,545 sales in just ten months.

There are exciting improvements in this month’s ranking of vehicle sales. Prior year figures now include the actual numbers from last year, not just the percentage increase from last year. As a result, we’ve also included vehicles like the Ford Crown Victoria and Mazda RX-8, nameplates which collected sales in 2012 but not this year. At any time, click the Rank column to return to the original format. If you’re on a mobile device, you may need to choose the full version of the site (at the bottom of the page) in order to use the sortable function.

Reminder: these are year-to-date rankings, but you can sort cars by October volume by clicking the October 2013 column header, or you can rank cars by improvements or declines using the % columns. Or, most importantly, you can list automakers together by selecting the Car column header. Just remember, the list is horizontally flipped from the norm: YTD on the left, monthly data on the right.

Source: Automakers & ANDC
* Italicized unranked lines are nothing more than available breakdowns, already included in the model’s total, not in addition to the model’s total.
¹ Chrysler markets the Viper not as a Dodge but as an SRT, but we show it here as a Dodge so you can see the Viper with like-branded products when you sort vehicles alphabetically using the Car column header.
² Total Prius Family sales: up 1.1% to 202,379 YTD; down 6.9% to 15,623 in October.
³ BMW has chosen to include sales of the 4-Series within figures for the 3-Series, presumably for year-over-year consistency’s sake.
† Total Infiniti G/Q50/Q60 sales: down 11.7% to 43,686 YTD; up 36.2% to 4683 in October.
‡ Acura has chosen to combine sales figures for the RLX and its predecessor, the RL.
Sales data for brands such as Aston Martin, Ferrari, Lamborghini, Lotus, Maybach, Rolls-Royce etc. are unfortunately not broken down by model. estimates say sales for those brands in the first ten months of 2013 were 690, 1620, 460, 220, zero, and 840, respectively. Reportedly, Tesla had risen to 15,550 through ten months with 1300 October sales. Tesla, unfortunately, doesn’t release model-specific monthly U.S. sales data. With hard and fast sales data, we would likely discover that the Tesla Model S is one of America’s 80 best-selling cars. This post was updated at 4:10 PM AT to reflect a change in Mazda’s reporting that had previously attributed the RX-8 sale (from January) to the Tribute.