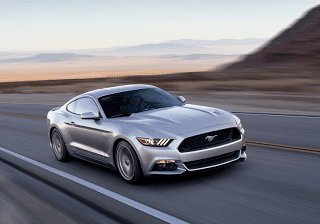 In the United States, the Toyota Camry outsold the Honda Accord by 3293 units in November 2013 and expanded its year-to-date lead over the Accord to 44,163 sales.

That doesn’t measure up to the 71,035-unit lead the Camry had over the Accord at this time last year, but the Toyota has arrived at this point thanks to consistently tidy monthly victories.

Only twice this year – in March and then in April – has the Camry not been America’s top-selling car, and it ranked a very close second in both those months. The Camry missed out on best-seller-status only twice last year, as well, but in both those cases – November and December – the Honda Civic was the sales leader.

The Camry/Accord battle is well documented both here at GoodCarBadCar and elsewhere. The Accord’s superior growth makes the race more exciting, although the sixth-ranked Fusion’s rapid ascent has Ford thinking their midsizer could do what no Ford has done since the Taurus in 1996.

With one month remaining in 2013, however, we are already certain that the Toyota Camry will go down as America’s best-selling car for the twelfth consecutive year.

One out of every ten new cars purchased or leased in America is either a Camry or Accord.

Their one-on-one battle is certainly not the only one in the U.S. car arena. BMW’s 3-Series (and its renamed 4-Series sibling with which BMW USA is currently combining 3-Series sales figures) is 21,762 sales ahead of the Mercedes-Benz C-Class through eleven months. The BMW is America’s 21st-best-selling car; the C-Class ranks 27th.

Much has been made of the Chevrolet Camaro’s ability to outsell the Ford Mustang, but it doesn’t do so every month, and it isn’t doing so by much. The gap is down to just 4093 units through eleven months as we approach the sixth generation Mustang’s arrival in showrooms next year. The Mustang is currently sits in 31st spot, two spots back of the Chevy. Both have reported falling sales this year.

The Toyota Avalon and Lexus ES fight for the same buyer, and both land almost the same number of punches. They’re the 34th and 35th-best-selling cars in America. The 117th and 118th-best-selling cars in America are two very different takes on the German roadster theme: the Mercedes-Benz SLK and Porsche Boxster sell at the same pace, although Porsche also attracts buyers with a separate hardtop version of the Boxster softtop, the Cayman. And the Honda S2000 has found twice as many buyers as the Mazda RX-8 this year. “Hey Roger, look what’s parked behind the leftover Ridgelines at the back of the lot.”

There were exciting improvements introduced in last month’s ranking of car sales. Prior year figures now include the actual numbers from last year, not just the percentage increase from last year. As a result, we’ve also included vehicles like the Lincoln Town Car and Volvo S40, nameplates which collected sales in 2012 but not this year. At any time, click the Rank column to return to the original format. If you’re on a mobile device, you may need to choose the full version of the site (at the bottom of the page) in order to use the sortable function.

Reminder: these are year-to-date rankings, but you can sort cars by November volume by clicking the November 2013 column header, or you can rank cars by improvements or declines using the % columns. Or, most importantly, you can list automakers together by selecting the Vehicle column header. Just remember, the list is horizontally flipped from the norm: YTD on the left, monthly data on the right.

Source: Automakers & ANDC
* Italicized unranked lines are nothing more than available breakdowns, already included in the model’s total, not in addition to the model’s total.
¹ Chrysler markets the Viper not as a Dodge but as an SRT, but we show it here as a Dodge so you can see the Viper with like-minded products when you sort vehicles alphabetically using the Car column header.
² Total Prius Family sales: up 0.9% to 218,508 YTD; down 2.3% to 16,129 in November.
³ BMW has chosen to include sales of the 4-Series within figures for the 3-Series, presumably for year-over-year consistency’s sake.
† Total Infiniti G/Q50/Q60 sales: down 5.4% to 51,388 YTD; up 59.2% to 7702 in November.
‡ Acura has chosen to combine sales figures for the RLX and its predecessor, the RL.
Sales data for brands such as Aston Martin, Ferrari, Lamborghini, Lotus, Maybach, Rolls-Royce etc. are unfortunately not broken down by model. estimates say sales for those brands in the first eleven months of 2013 were 759, 1782, 506, 242, zero, and 924, respectively. Bentley sales are up 21% to 2519 this year; Maserati sold 3715 cars in the first eleven months of 2013, up 55%, and reportedly, Tesla Model S sales had risen to 15,550 through ten months. Tesla, unfortunately, doesn’t release model-specific monthly U.S. sales data. With hard and fast sales data, we would likely discover that the Tesla Model S is one of America’s 80 best-selling cars.