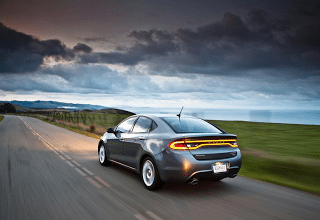 Americans have registered 3.3 million new cars in 2013. 38.6% of those sales have come about because of the ten best-selling nameplates: Camry, Accord, Altima, Fusion, Corolla, Civic, Focus, Elantra, Cruze, and Malibu.

The biggest improvements have been reported by the Dodge Dart – which wasn’t on sale in the first five months of 2013 – the Scion FR-S, and the Acura ILX, both of which only went on sale last May.

Among cars which were already in the dealer pipeline at the beginning of 2012, the Porsche Boxster, Nissan Leaf, Mitsubishi i, and Mercedes-Benz SL-Class are considered to be the most improved sellers, relative to the volume each car achieved in the first five months of 2012. In 2013, the Hyundai Azera, Porsche Cayman, and Toyota Avalon have all doubled their year-over-year volume. 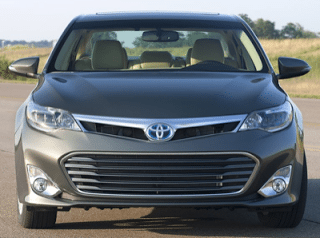 Precisely three out of every ten car sales occurred in Detroit brand showrooms. GM reported 444,887 car sales between January and May 2013; Ford MoCo another 377,377; and Chrysler, Dodge, and Fiat another 264,554. Hyundai and Kia combined to sell more cars than American Honda, but the top seller of cars – Toyota, Lexus, Scion – did outsell the Koreans by 134,270 units.

These are year-to-date rankings, but you can sort cars by May volume by clicking the May 2013 column header, or you can rank cars by improvements or declines using the % columns. Or, most importantly, you can list automakers together by selecting the Car column header. Just remember, the list is horizontally flipped from the norm: YTD on the left, monthly data on the right.

Source: Manufacturers & ANDC
Red font indicates year-over-year declining sales
^ Total Prius sales fell 7.8% to 99,135 in the first five months of 2013 but rose 9.5% to 23,522 in May.
Italicized unranked lines are nothing more than available breakdowns, already included in the model’s total, not in addition to the model’s total. Sales data for brands such as Aston Martin, Ferrari, Lamborghini, Lotus, Rolls-Royce etc. are unfortunately not broken down by model. estimates say sales for those brands in the first five months of 2013 were 345, 810, 230, 110, and 420, respectively. HybridCars.com estimates that Tesla Model S sales totalled 8850 units through five months. Total Maserati and Bentley volume is reported, but not by specific models.