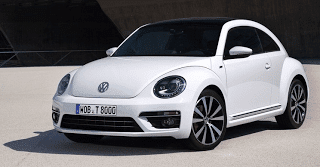 Through the first six months of 2013, the Volkswagen Beetle, Mini Cooper, and Fiat 500 are America’s 51st, 52nd, and 53rd-best-selling vehicles. Together, they account for 0.8% of the American new vehicle market, same as last year. Only 116 sales separate the 51st-ranked Beetle from the 53rd-ranked Fiat.

Few cars are more directly competitive with one another while also being uniquely capable of appealing to such disparate buyers. For avid auto sales watchers, it’s more than a little interesting to see that these three lineups are selling at exactly the same rate. 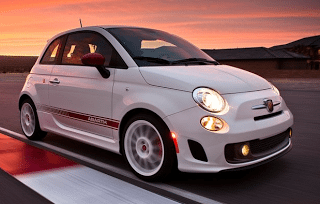 These are year-to-date rankings, but you can sort cars by June volume by clicking the June 2013 column header, or you can rank cars by improvements or declines using the % columns. Or, most importantly, you can list automakers together by selecting the Car column header. Just remember, the list is horizontally flipped from the norm: YTD on the left, monthly data on the right.

Source: Manufacturers & ANDC
Red font indicates year-over-year declining sales
Italicized unranked lines are nothing more than available breakdowns, already included in the model’s total, not in addition to the model’s total.
Sales data for brands such as Aston Martin, Ferrari, Lamborghini, Lotus, Maybach, Rolls-Royce etc. are unfortunately not broken down by model. estimates say sales for those brands in the first half of 2013 were 414, 972, 276, 132, zero, and 504, respectively. HybridCars.com estimates that Tesla Model S sales totalled 10,650 units through six months, which would be good enough to place it in the top 150 overall. Total Maserati and Bentley volume is reported, but not by specific models.
* Total Toyota Prius family sales down 5.1% to 120,214 in 2013, up 10.1% to 21,079 in June.
^ Rather than listing the 500L with the Mini Paceman and Countryman in the SUV/crossover rankings, it’s here in large part because it is not available with all-wheel-drive. The placemant of numerous crossovers often prompts disagreement, but consider the vehicle type’s name: crossover. By its very definition, it crosses over from one category into another. The very act of calling, for example, the Toyota Venza a car or a utility vehicle requires ignorance of the fact that the Venza (or Outback, Crosstour, Encore, Countryman, 500L) is a square peg that can’t be squeezed through a round hole.