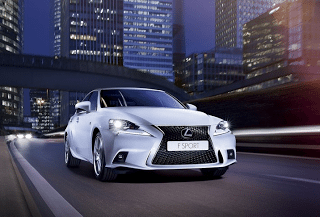 U.S. car sales aren’t growing as fast as the overall automobile market, as family crossovers and pickup trucks fuel much of the industry’s growth in 2013.

As the industry posted year-to-date gains of 8.4% through the end of July 2013, car sales were up between 5% and 6%, depending on what you consider a passenger car and what you’d label a crossover.

In the month of July, specifically, sales of new vehicles in America rose 13.9% – the 151 cars ranked below produced not dissimilar gains of 12.4%.

The top-ranked Toyota Camry sells twice as often as the eleventh-ranked Hyundai Sonata, which itself finds twice as many buyers as the 24th-ranked BMW 3-Series. The 3-Series is very nearly twice as popular as the 42nd-ranked Honda Fit. And the Fit’s market share is twice that of the 68th-ranked Volvo S60.

You get the idea: these rankings don’t form a gentle slope. 57% of U.S. car buyers opt for one of the 20 best-selling nameplates, which means 13% of the cars attract the majority of buyers. Indeed, the top 3% of cars – Camry, Accord, Altima, Civic, Corolla – generate 22% of the all U.S. car sales.

These are year-to-date rankings, but you can sort cars by July volume by clicking the July 2013 column header, or you can rank cars by improvements or declines using the % columns. Or, most importantly, you can list automakers together by selecting the Car column header. Just remember, the list is horizontally flipped from the norm: YTD on the left, monthly data on the right.

Source: Manufacturers & ANDC
Red font indicates year-over-year declining sales
Italicized unranked lines are nothing more than available breakdowns, already included in the model’s total, not in addition to the model’s total.
Sales data for brands such as Aston Martin, Ferrari, Lamborghini, Lotus, Maybach, Rolls-Royce etc. are unfortunately not broken down by model. estimates say sales for those brands in the first seven months of 2013 were 483, 1134, 322, 154, zero, and 588, respectively. HybridCars.com estimates that Tesla Model S sales totalled 12,200 units through six months, which would be good enough to place it in the top 150 overall. Total Maserati and Bentley volume is reported, but not by specific models.
* Total Toyota Prius family sales down 0.1% to 143,508 in 2013, up 40% to 23,294 in June.
^ Rather than listing the 500L with the Mini Paceman and Countryman in the SUV/crossover rankings, it’s here in large part because it is not available with all-wheel-drive. The placemant of numerous crossovers often prompts disagreement, but consider the vehicle type’s name: crossover. By its very definition, it crosses over from one category into another. The very act of calling, for example, the Toyota Venza a car or a utility vehicle requires ignorance of the fact that the Venza (or Outback, Crosstour, Encore, Countryman, 500L) is a square peg that can’t be squeezed through a round hole.