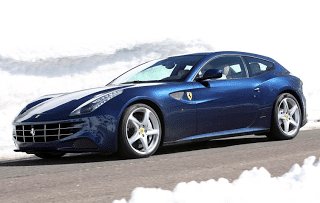 Defining “car” as we do here, 149 passenger car nameplates were sold in the United States in the first four months of 2013, not including unreported cars like the Ferrari FF and Lamborghini Aventador, for which I’m sure there were many buyers.

When combined, those four cars – the declining Toyota Camry, surging Honda Accord, declining Nissan Altima, and surging Ford Fusion – sold more often in the first four months of 2013 than the bottom 103 cars on this list combined.

Americans have registered 14 different pickup truck nameplates this year, eight different minivans, eight commercial vans from five automakers, and 88 SUVs and crossover nameplates (more if you were to count the Outback, XV Crosstrek, Allroad, Venza, and Crosstour as SUVs and not cars like we have). That leaves these cars, which contributed just under 52% of the auto industry’s volume in the first third of 2013.

These are year-to-date rankings, but you can sort cars by April volume by clicking the April 2013 column header, or you can rank cars by improvements or declines using the % columns. Or, most importantly, you can list an automaker’s cars together by selecting the Car column header. Just remember, the list is horizontally flipped from the norm: YTD on the left, monthly data on the right.

Source: Manufacturers & ANDC
Red font indicates year-over-year declining sales
Italicized unranked lines are nothing more than available breakdowns, already included in the model’s total, not in addition to the model’s total. Sales data for brands such as Aston Martin, Ferrari, Lamborghini, Lotus, Rolls-Royce etc. are unfortunately not broken down by model. estimates say sales for those brands in the first third of 2013 were 276, 648, 184, 88, and 336, respectively. HybridCars.com estimates that Tesla Model S sales totalled 2100 in April; 6850 through four months. Total Maserati and Bentley volume is reported, but not by specific models.
* Prius Family sales in April: 19,889, down 21%; year-to-date down 12.1% to 75,613.