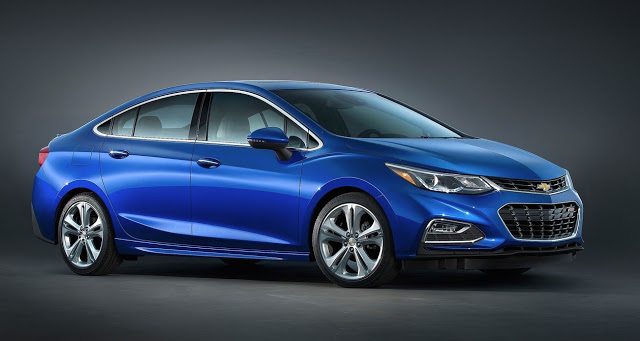 U.S. sales of passenger cars fell 8.5% in June 2016, dragging the first-half figure down to 7.9% as top-selling cars from Toyota, Ford, and Chevrolet pull the sector down despite major gains from a handful of rival top sellers.

The second-best-selling Honda Civic jumped 20% in the first-half of 2016, a U.S. year-over-year sales gain of nearly 32,000 units. But the 45,147 additional sales garnered by the Honda Civic and Honda Accord – not to mention the 17,777 additional sales from the Nissan Altima and Sentra – are cancelled out by sharp losses from America’s perennial best-selling car, the Toyota Camry, and even worse declines from the Ford Focus, Hyundai Elantra, and Chevrolet Cruze, among others.

Consumers are quickly veering away from cars into SUVs/crossovers, a change that’s particularly noteworthy at Toyota. While Camry volume has fallen 7%, or 16,056 units, the similarly priced Toyota RAV4 – America’s most popular utility vehicle – produced 22,325 extra sales.

This small but applicable example helps explain the market’s overall rise in 2016. After record-setting auto sales in 2015, the U.S. auto industry is projected to end 2016 at an even higher level.

Cars are declining, but SUVs/crossovers and pickup trucks and vans are all growing to such an extent that manufacturers’ overall volume isn’t sorely affected by the car decline.

Through the first six months of 2016, the Camry leads the second-ranked Honda Civic by 9920 sales. The Civic leads the next-best-selling compact car, the Toyota Corolla, by a smaller 7647-unit margin. The 13th-ranked Nissan Versa is America’s leading subcompact, more than 33,000 sales ahead of the Hyundai Accent.

The Ford Mustang’s 15th position places it far ahead of all other sporty cars. Mercedes-Benz’s C-Class, though down 14% year-to-date, is 4329 sales ahead of the BMW 3-Series; nearly 15,000 sales behind the combined 3-Series/4-Series duo.

Reminder: these are 2016 year-to-date rankings, but you can sort cars by June volume by clicking the June 2016 column header, or you can rank cars by improvements or declines using the % columns. Or, most importantly, you can list automakers together by selecting the Car column header.

Source: Automakers & ANDC & WSJ
* Italicized, asterisked, unranked lines are nothing more than available breakdowns, already included in the model’s total, not in addition to the model’s total.
² Total Prius Family sales: down 26.7% to 11,027 in June; down 25.2% to 67,405 YTD.
³ Hyundai USA combines sales of the Genesis and Genesis Coupe. Mercedes-Benz USA, not GCBC, is also combining E-Class and CLS-Class sales figures.
Sales data for brands such as Aston Martin, Ferrari, Lamborghini, Lotus, Rolls-Royce etc. are unfortunately not broken down by model.
Tesla, unfortunately, doesn’t release model-specific monthly U.S. sales data, but we source estimates from HybridCars.com and The Wall Street Journal.
WSJ Model S sales estimate: up 10% to 2200 in June; up 39.1% to to 12,450 YTD.
° Overall market figure is a combination of all reported sales figures.