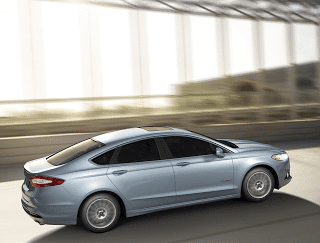 The two minivans, a Dodge and a Chrysler, are part of a Chrysler Group lineup which landed five vehicles in the top 30. There are six General Motors products, five Fords, four Toyotas, three Hondas, and three vehicles from the Hyundai-Kia group.

The top-selling Ford, of course, is America’s top-selling vehicle overall. The Ford F-Series expanded its lead over the next-best-selling Chevrolet Silverado to 198,731 units. A year ago, the F-Series was 165,533 sales up on the Silverado.

Historical monthly and yearly sales figures for any of these best-selling automobiles can always be accessed through the dropdown menu at GCBC’s Sales Stats page, and for those not viewing the mobile version of this site, near the top right of this page, as well.

GCBC has already published rankings for 36 different brands and 14 different trucks and 20 SUVs and crossovers and 20 passenger cars. Below, you’ll find a list where all vehicles of all types are thrown in together: the 30 most popular vehicles in the United States in September 2013.