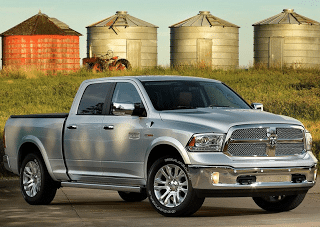 America’s truck market grew at nearly the same pace as the overall industry did in October 2013, rising 10.6%, an increase of 17,506 units. That increase comes despite the loss of numerous nameplates.

At this time last year, five smaller trucks collected 2295 sales. Those trucks – Colorado, Canyon, Ranger, Equator, Dakota – contributed only 34 sales in October 2013. Yet the gains from America’s favourite trucks, the gains from almost every remaining truck, were more than enough to overcome the losses incurred by departing nameplates, and then some.

The Ford F-Series outsold the GM twins by 4640 units by rising 13% to 63,803 October sales. It’s not as though the Silverado and Sierra, with their apparently new-found high transaction prices, had a poor month.

Silverado sales jumped 10%; the Sierra was up 13%. In between, Ram P/U volume rose 18% to 29,846 units, more than what the the pickup trucks from Nissan, Toyota, and Honda managed, combined.

You can click any model name in the table below to find historical monthly and yearly U.S. sales data. You can also select a make and model at GCBC’s Sales Stats page. This table is now sortable, so you can rank pickup trucks any which way you like. October best seller lists for SUVs and cars will be published shortly. The + icon has been removed from year-over-year improvements. Look instead for red font to designate year-over-year declines. We’ve also added prior year data, which results in the sight of Dakotas and Rangers in the table below.