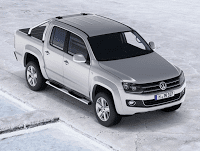 Sales reports for July 2011 had half the pickups on this best-selling trucks list – and it was the same group of ten trucks in the exact same order – reporting lower year-over-year volume than they had in July 2010. Though the order remains the same, much has changed for August 2011. Only one truck, the Toyota Tundra, reported declining sales, and its decline of 6.3% doesn’t even sound that bad given its parent company’s 13.8% slide in August.

Earlier today we covered the fact that GM’s full-size twins combined to out-sell the Ford F-Series in August. So the point is in no need of belabouring. It is worth noting… again… that the Ford remains ahead of the GM pair through the first eight months of 2011.

There are but four non-full-size trucks on this list. Together, their sales amount to just 22,216, barely enough to surpass the Dodge Ram for third spot. The Dodge Dakota is dead. Mitsubishi gave up on the Raider. The Ford Ranger is on its way out and it remains a possibility that GM won’t replace the Chevy Colorado and GMC Canyon. Is it any wonder?

The automakers priced the small vehicles on top of the big’uns, then nobody buys them, then the automakers give up. Wouldn’t it be nice to have a chance at buying a truly small truck with a revolutionary 30 mpg diesel and a price tag under $20,000? There must be product planners who’ve brought up the idea. And they must’ve been shot down for a reason.

These are the Top 10 Best-Selling Trucks In America for August 2011.