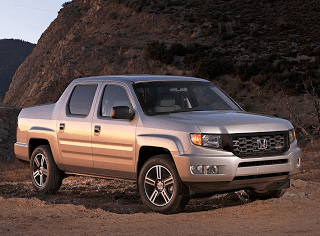 Americans registered 4035 fewer new pickup trucks in December 2013 than in December 2012, a 2% drop. 2013’s twelve months, however, resulted in a 12% uptick in truck sales, as America’s eight leading pickups all reported year-over-year increases.

Going back as far as May, Ford sold more than 60,000 pickups every month and three times – including December’s high water mark – topped 70,000 units.

37% of the trucks sold in the United States in December were F-Series pickups. GM’s share of the truck market fell to 30%, down from 34% at this time last year.

You can click any model name in the table below to find historical monthly and yearly U.S. sales data. You can also select a make and model at GCBC’s Sales Stats page. This table is now sortable, so you can rank pickup trucks any which way you like. December best seller lists for SUVs and cars will soon be published, 2013-specific editions will be published shortly.