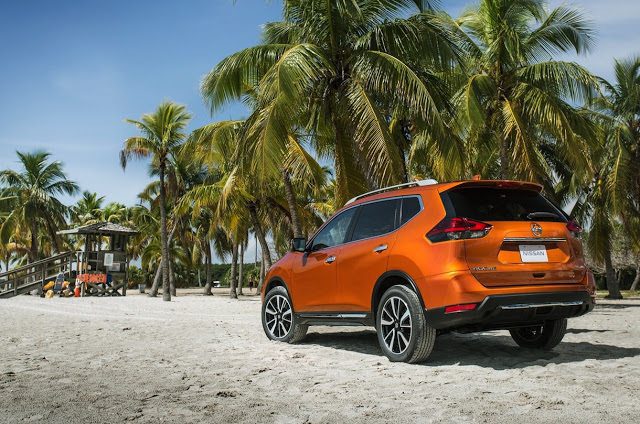 With record March volume of 39,512 units, the Nissan Rogue was America’s top-selling SUV/crossover in March 2017 and now leads the second-best-selling Honda CR-V by more than 7000 units through the first-quarter of 2017.

The Rogue, CR-V, and third-ranked Toyota RAV4 all reported significant year-over-year improvements in March 2017. In fact, of the 20 best-selling SUVs and crossovers in America in March, 13 sold more often this year than last.

No premium brand nameplates were represented in the top 20. (The Lexus RX ranked 21st.) Jeep and Dodge owned four spots for FCA. The Rogue was joined by one other Nissan: the Pathfinder. Hondas ranked second and 20th. Fords filled in three positions, as did GM and Toyota. There were also two Subarus and one Hyundai.

Historical monthly and yearly sales figures for any of these best-selling SUVs and crossovers can always be accessed through the dropdown menu at GCBC’s Sales Stats page, and for those not viewing the mobile version of this site, near the top right of this page, as well. Mobile users can now thumb across the table for full-width access. GoodCarBadCar has already published the list of America’s best-selling trucks in March and will shortly publish the list of America’s 20 best-selling cars.