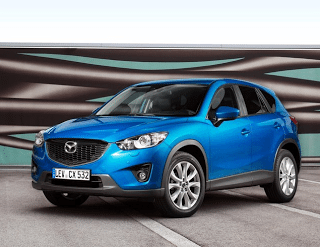 The Ford Escape climbed back atop the best-selling SUV leaderboard in the United States in September 2013, but it didn’t so with enough force to take back the year-to-date lead. Honda’s CR-V still leads the Escape by a (virtually meaningless) 792 units with three months of 2013 remaining.

The Escape was joined by two other Fords in the top 11. The CR-V’s big brother, the Pilot, was America’s tenth-best-selling SUV in September 2013.

Three Jeeps and a Dodge, two Toyotas and a Lexus, and three GM products filled in most of the gaps, The Subaru Forester climbed to ninth spot from tenth a month ago. The Mazda CX-5 moved up one spot to 18th. Kia’s Sorento rose from 15th to 13th and the Hyundai Santa Fe moved up from 20th to 17th.

During a month in which auto sales predictably fell from a volume perspective – there were two fewer days included in September’s total this year and no Labour Day weekend sales – seven utility vehicles managed to sell more often in September 2013’s 23 days than in September 2012’s 25 days. That includes the third-ranked Toyota RAV4, which rose 15.5% even as the Escape and CR-V ahead of it slid 2.3% and 3.7%.

Historical monthly and yearly sales figures for any of these best-selling SUVs and crossovers can always be accessed through the dropdown menu at GCBC’s Sales Stats page, and for those not viewing the mobile version of this site, near the top right of this page, as well. GoodCarBadCar has already published the list of America’s best-selling trucks in September and America’s most popular cars.