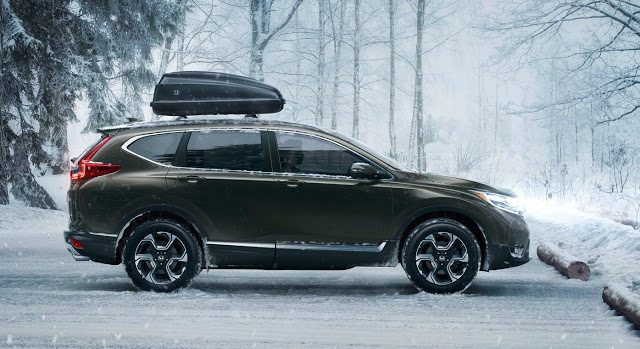 Ford, because of a fire at the automaker’s headquarters, did not release the company’s October 2016 and year-to-date auto sales figures on Tuesday as planned. Now, this list of America’s 20 best-selling SUVs/crossovers published yesterday afternoon looks different, because Ford submitted the company’s model-specific information.

Honda CR-V sales rose 4% to 30,306 units in October, the best-selling Honda’s fifth consecutive month on top of the SUV/crossover leaderboard.

Keep in mind, the sales month known as October 2016 had just 26 selling days, down from 28 a year ago. Thus, the daily selling rate of a vehicle such as the Toyota RAV4 grew 1%, although RAV4 “October” volume slid 7%.

October CR-V sales, meanwhile, were by no means slowed by the low-key debut of an all-new CR-V that will be on sale in the coming months. It’s pictured above.

Historical monthly and yearly sales figures for any of these best-selling SUVs and crossovers can always be accessed through the dropdown menu at GCBC’s Sales Stats page, and for those not viewing the mobile version of this site, near the top right of this page, as well. Mobile users can now thumb across the table for full-width access. GoodCarBadCar has already published the list of America’s best-selling trucks in October and will shortly publish the list of America’s 20 best-selling cars.