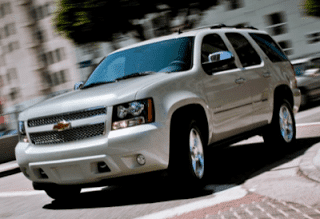 Top 20 Best-Selling SUVs And Crossovers In America – May 2013

Best-ever months for numerous crossovers made for some exceedingly high numbers on this list of America’s 20 best-selling SUVs for May 2013. The five top sellers combined for 118,128 sales, up 14% from 103,287 a year ago, when in fact, the top five was made up of the same five nameplates.

Because of 16K+-unit months from the Wrangler and Grand Cherokee, Jeep sales grew despite 6658 lost Liberty sales. Mazda’s CX-5 was only 1807 units from being the most popular Mazda – the CX-5’s three highest-volume months have all occurred in the last three months.

GM sold 9243 Chevrolet Tahoes, a 29% increase, but that’s not all. Sales of the Escalade, Escalade ESV, Suburban, and Yukon XL all rose, and collectively, General Motors sold 22,601 full-size SUVs off their full-size truck foundation, a 28% improvement.

And the top-ranked utility vehicle? Ford Escape sales reached their highest level ever, topping 29,000 units along with the Fusion and F-Series, which shot all the way to 71,604 sales.

Historical monthly and yearly sales figures for any of these models can always be accessed through the dropdown menu at GCBC’s Sales Stats page, and for those not viewing the mobile version of this site, near the top right of this page, as well. GCBC has already published rankings for 36 different brands and 14 different trucks and will also publish a list of the 20 best-selling cars in America shortly, but these were the 20 best-selling SUVs and crossovers in the United States in May 2013.