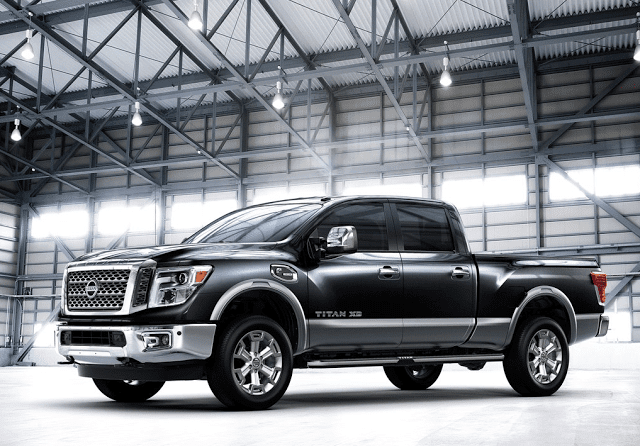 In November 2015, for the first time since March of this year, Ford’s full-size F-Series truck lineup outsold the combined efforts of GM’s full-size twins, the Chevrolet Silverado and GMC Sierra.

The F-Series posted a 10% year-over-year U.S. sales improvement in November 2015, a gain of 6143 sales compared with November 2013. Because of a sharp 27% drop in Sierra sales, the GM twins were 3664 sales abaft. Year-to-date, the second-ranked Silverado and fourth-ranked Sierra are 39,110 sales ahead of the Ford. The F-Series outsold the GM twins in each of the last five years.

None of the four top-selling full-size trucks are likely to suffer a great deal of lost sales to the second-generation Nissan Titan, launched first in medium-duty XD form. But don’t base your ideas of what Nissan can achieve with the new Titan on November’s paltry performance. Only 719 Titans were sold last month, but there was a time, albeit a decade ago, when Nissan was selling more than 7000 Titans per month.

You can click any model name in the table below to find historical monthly and yearly U.S. sales data. You can also select a make and model at GCBC’s Sales Stats page. This table is now sortable, so you can rank pickup trucks any which way you like. November best seller lists for cars and SUVs will be published soon.