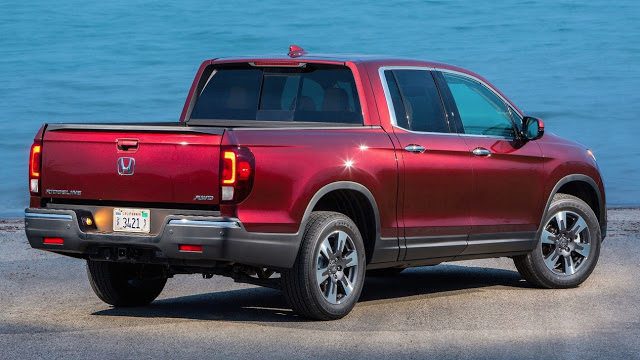 July sales of small/midsize pickup trucks grew 29% to 40,069 units in the United States.

Thanks to the addition of more than 3500 Honda Ridgeline sales (3518 in total) and the fifth-consecutive 9K+ sales month for the Chevrolet Colorado, small/midsize pickups accounted for 17% of the overall truck market, up from 14% a year ago.

Full-size trucks naturally remain the major volume and profit generators for the industry’s pickup truck sector. Despite a modest 1% Ford F-Series decline and a 4% drop from the Chevrolet Silverado,  full-size truck volume rose 0.2% in July 2016 because of Ram and GMC Sierra improvements.

Combined, the GMC Sierra and better-selling Chevrolet Silverado outsold the Ford F-Series by 10,887 units in July, but the F-Series – which was outsold by the GM twins in 2015 for the first time since 2009 – leads the year-to-date standings by 4239 units.

You can click any model name in the table below to find historical monthly and yearly U.S. sales data. You can also select a make and model at GCBC’s Sales Stats page. This table is now sortable, so you can rank pickup trucks any which way you like. Mobile users can now thumb across the table for full-width access. July best seller lists for cars and SUVs will be published soon.