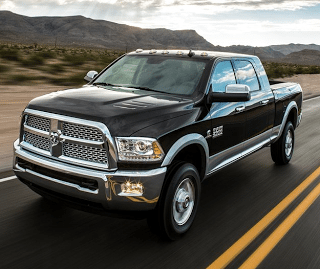 Year-to-date, America’s desire for pickup trucks has grown 13.2%. Including Sundays, an average of 5619 trucks are being sold each day this year.

And just over one-third of those trucks are Ford F-Series pickups. The F-Series posted a 24% jump in April, year-to-date volume is up 19%. The F-Series accounts for just under three out of every ten Blue Oval sales.

It certainly wasn’t the only surging pickup in April. GM’s twins were up significantly in advance of summer’s MY2014 launch, and Ram Pickup sales shot up 49%. Only the Nissan Titan, and GM’s two defunct small pickups posted declines. Oh, and the Suzuki Equator, which is a lot more dead than the Colorado and Canyon.

You can access historical monthly and yearly sales figures for any of these trucks by clicking a model name in the table below or by selecting a make and model at GCBC’s Sales Stats page. GoodCarBadCar will be posted best seller lists for cars and SUVs shortly. Brands are also being ranked by April volume here.