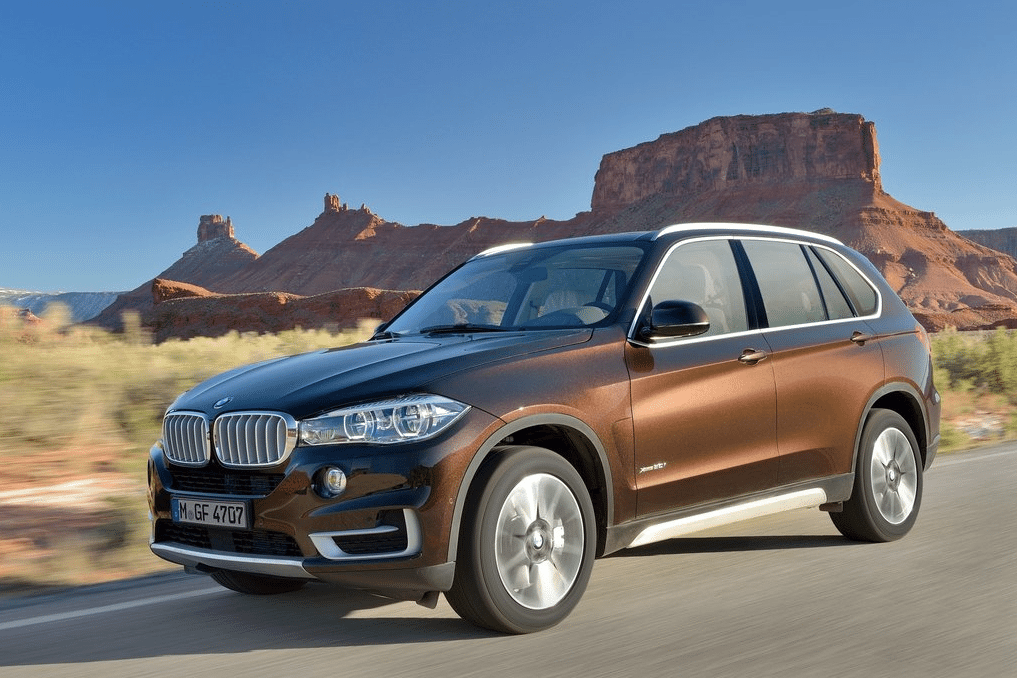 In November 2014, BMW’s leading 3-Series lineup, including its 4-Series offshoot, outsold the whole Cadillac brand for the second consecutive month on its way to ending the month as America’s top-selling premium brand vehicle. Cadillac wasn’t the only mid-tier luxury brand to fall to the 3-Series – Infiniti and Lincoln did, too, among others – but that’s a normal occurrence. Even in a difficult 2014, Cadillac typically outsells the leading BMW. 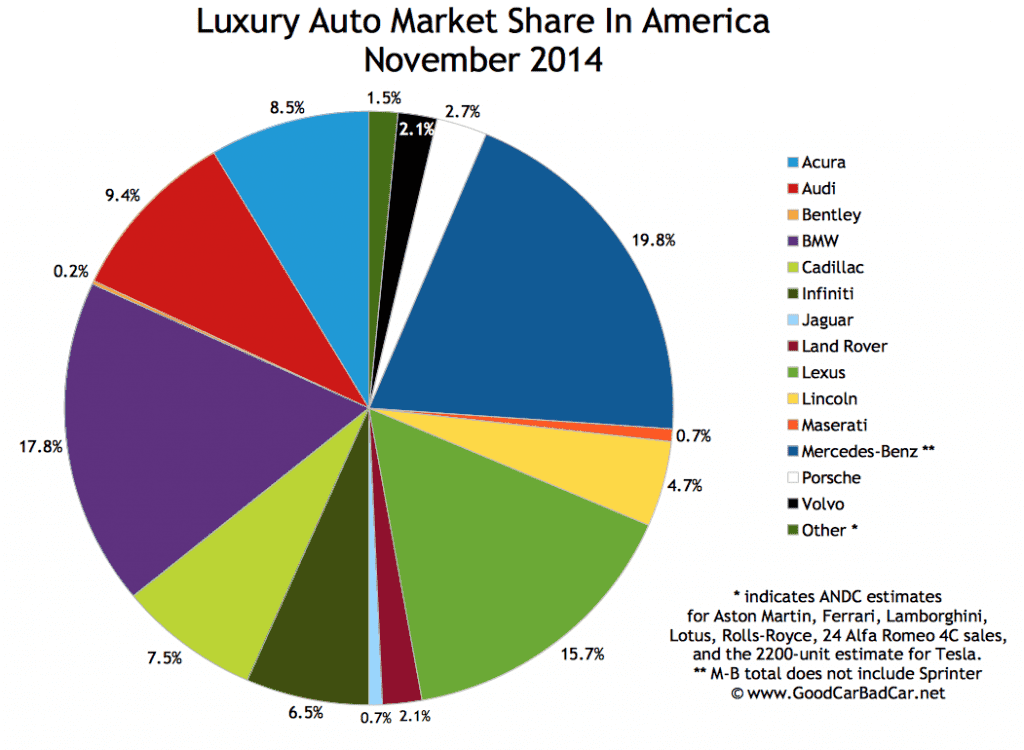 For brands that once traded on their exclusivity, it’s odd to see them chasing volume with such fervency. But chase they do. Mercedes-Benz’s two entry-level cars, the C-Class and CLA, ranked third and 13th among premium brand automobiles in November. BMW generated 64% of the brand’s November volume with their two entry-level cars and two-entry level SAVs.

One out of every five Audis sold in November was either an A3 or Q3. The brand’s top seller continues to be the Q5, formerly Audi’s entry-level utility vehicle. The Q5 ranked 12th among premium brand vehicles last month.

Source: Automakers & ANDC
$45,000 USD (before delivery) is an arbitrary borderline, but if GCBC was to follow this system of designating only expensive vehicles as luxury vehicles, adding approximately $15,000 to the average new car transaction price seemed like a fitting place to begin. Plenty of less expensive vehicles with specific models feature prices above $45,000 – M, RS, and AMG models come to mind, specifically – but in the case of the second list, we know that none of the registrations were of cars priced at $32,750, as would be the case with the new BMW 320i, which costs less than a Honda Accord V6 Touring. The biggest problem with a $45,000 minimum price of entry? Cars like the Cadillac XTS, which starts at $44,600, and the Audi A6, which starts at $44,800.
^ Escalade breakdown by variant.
* BMW USA, not GoodCarBadCar, has chosen to combine sales of the 3-Series and 4-Series. GCBC combines sales of the Audi A4 and Audi A4 Allroad. None-Allroad sales were down 15% to 2699 in November.
Cadillac’s new CTS – 2446 November sales – starts at $45,100, but the lingering CTS Coupe is a sub-$40K car, and the wagon starts at $42,195. The estimates that Tesla sold 2200 copies of the Model S in November, enough to crack the top 15 of the second list, but estimates for Tesla have typically proven to be on the very high side.