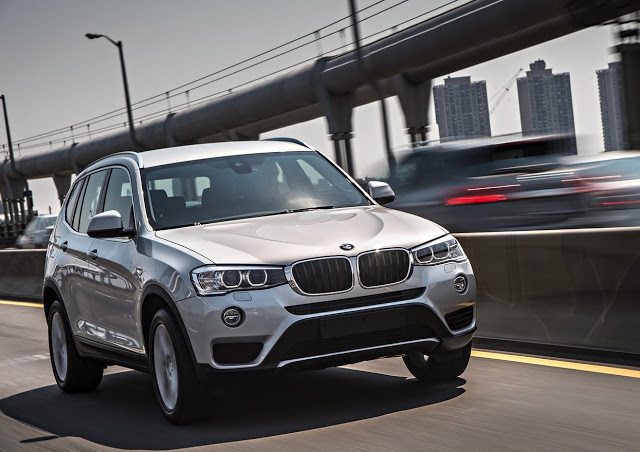 The Lexus RX took a 2% hit in March 2017, but America’s best-selling luxury vehicle in 2016 once again leads the luxury sales race through the first-quarter of 2017. The Lexus RX outsold its nearest rival, the Mercedes-Benz C-Class, by 1424 units in March. The second-ranked SUV/crossover was 3050 sales abaft.

Mercedes-Benz, the leader of luxury auto sales in 2016 and in 2017 Q1, was outsold in March by BMW, where sales rose 3%. Thank the X3, ranked third overall, for much of that increase. BMW X3 volume grew 43%, or nearly 2000 units, in March 2017. With 3-Series  and 5-Series sales flat and surging X5 volume assisting, BMW finished March nearly 2000 sales ahead of Mercedes-Benz.

Among the 15 top-selling premium brand vehicles in America in March 2017, nine were utility vehicles.

Among the 15 top-selling vehicles with base prices above $50,000, 11 were SUVs/crossovers.

Mobile users can now thumb across the tables for full-width access.