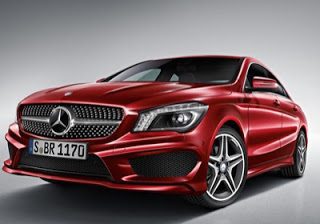 It’s no surprise that when American new car buyers begin their search for high-end vehicles, German manufacturers are at the top of the must-drive list. Not only did Audi, BMW, Mercedes-Benz, and Porsche combine to own 46% of the premium brand market in February 2013, they also account for two-thirds of the vehicles on this list of the best-selling $45K+ vehicles in America.

There are inherent issues with classifying luxury vehicles based on a specific price bracket, and those problems are mentioned at the bottom of this post. But there’s also no reason to deny that Lexus – the only company capable of outselling Mercedes-Benz and BMW – relied on two models priced from $36,100 and $39,660 to find 68% of its U.S. volume. We’re not suggesting Lexus isn’t a luxury brand, by no means. Nor are we suggesting that the ES, which sold 4817 times in February, or the RX, which sold on 6938 occasions, aren’t luxury vehicles.

We don’t have access to specific transaction prices. But unlike General Motors, which celebrated its $4000 deficit in pickup truck transaction prices as compared with Ford’s F-Series, luxury automakers do like to sell expensive vehicles. Even if Mercedes-Benz is happy to advertise a $29,900 price for the new CLA.

Historical monthly and yearly sales figures for all these vehicles can be found by selecting a make and model at GCBC’s Sales Stats page, or for non-mobile users, near the top right of this page. For a more comprehensive look at America’s best-selling vehicles, check out the list published earlier this morning. Below, vehicles with a base price above $45,000 are ranked by February volume.

Source: Manufacturers & ANDC
Red font indicates year-over-year declining sales
$45,000 USD (before delivery) is an arbitrary borderline, but if GCBC was to follow this new system of designating only expensive vehicles as luxury vehicles, adding approximately $15,000 to the average new car transaction price seemed like a fitting place to begin. Plenty of less expensive vehicles with specific models feature prices above $45,000 – M, RS, and AMG models come to mind, specifically – but in the case of this list, we know that none of the registrations were of cars priced at $32,550, as would be the case with the new BMW 320i, which costs less than a Honda Accord V6 Touring. The list has been cut from 30 to 15 – 30 “best sellers” would have made up a large portion of the 50-odd vehicles on sale in America with base prices above $45,000 and would have therefore diluted the “best-selling” message. The biggest problem with a $45,000 minimum price of entry? Cars like the Cadillac XTS, which starts at $44,075, and SUVs like the $44,655 GMC Yukon XL.