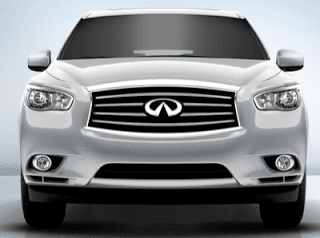 Clearly not selling at pre-recession levels, when 140,000 landed in U.S. driveways, the BMW 3-Series still ended 2012 more than 4000 sales ahead of its nearest premium brand rival. The second-ranked Lexus RX is certainly dominant in its own way: its nearest SUV/CUV rival is 35,537 sales abaft.

As you may have just read in the December 2012 edition of this post, GCBC will be dramatically altering the best-selling luxury post when the January edition appears at the beginning of February.

But it has become clear that the amount of overlap between premium brands and mainstream brands results in a very subjective post that doesn’t accurately reflect where big spenders spray their automotive dollars. Rather than list an Acura ILX as America’s 27th-best-selling luxury vehicle, we’d rather show that 1110 American new car buyers spent at least $92,350 on a Mercedes-Benz S-Class.

Once a price limit is chosen, it will seem unfair to the vehicles which are definitely luxurious but too inexpensive. Obviously, a minimum base price of $40,000, or $45,000, or $50,000 cuts out some very high-end vehicles. Yet it’s the easiest way of excluding the Mercedes-Benz B-Class and including the Buick Enclave, for example.

Before that change takes effect, you have this list of the 30 best-selling luxury vehicles in America for 2012. 16 are cars, 14 are SUVs or crossovers of one sort or another. Cadillac and Lincoln combined for five Detroit appearances. German brands owned twelve spots, including the first and last. That left two Volvos and eleven Asian nameplates.

Expect to see something a little different in the results below? Find the sales figures for any currently marketed vehicle by making your selection at GCBC’s Sales Stats home.

Source: Manufacturers
Red font indicates year-over-year declining sales
GCBC qualifies all vehicles from Lexus, Mercedes-Benz, BMW, Acura, Cadillac, Audi, Infiniti, Lincoln, Volvo, Land Rover, Porsche, and Jaguar while also making exceptions for overtly premium cars like the Chevrolet Corvette, Nissan GT-R, Volkswagen Touareg, Hyundai Equus, and (reluctantly) Hyundai Genesis. Buick’s lack of anything truly high-end hinders its value-priced vehicles from qualifying as premium despite the image Buick held in a previous era. Yes, this means the B-Class is eligible because of the S-Class; the A3 because of the R8, to an extent. Unfortunately the lack of data separating vehicle trim lines from one another (F-150 XL vs F-150 Platinum, for example) means vehicles like the GMC Yukon Denali and Jeep Grand Cherokee SRT8 aren’t included. None of this should lead you to believe the Chrysler 300 and Toyota Avalon and Buick Enclave aren’t luxurious, particularly as they’re viable competitors for true premium players.