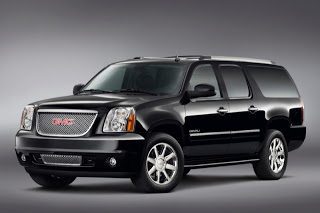 The absurdity of calling the BMW X1 a luxury vehicle simply because it wears the blue and white propeller is all the more absurd when you realize its base price is half that of a BMW M3’s $60K point of entry. And the M3 is just a high-octane version of what is a very high-volume, not at all exclusive BMW, the 3-Series.

Regardless, under the premise that Acura, Audi, BMW, Cadillac, Infiniti, Jaguar, Land Rover, Lexus, Lincoln, Mercedes-Benz, Porsche, and Volvo are premium brands, and other brands are mainstream – ignoring the fact that you can easily option up a GMC Acadia to $55,000 – these were the 15 best-selling luxury nameplates in America in May 2013. It’s a list controlled by German brands. Eight of the first 14 vehicles are BMWs, Audis, or Benzes.

The second list avoids that premise, but introduces its own series of quandaries. If you’re paying for a vehicle that costs at least $45,000, your options are expansive. But your options are far more expansive if you take into account vehicles which might generally cost less than $45,000 but can cost more than $45K.

GMC isn’t the first thing you think of when “luxury” comes to mind. But for big spenders, the Yukon XL was a common choice in May 2013. Don’t expect General Motors to sell 5000  Yukon XLs again in June, however.

For the purposes of the above list, premium brands include Acura, Audi, BMW, Cadillac, Infiniti, Jaguar, Land Rover, Lexus, Lincoln, Mercedes-Benz, Porsche, and Volvo. Brands like Aston Martin, Ferrari, Lamborghini, and Lotus don’t report specific monthly sales data. Bentley and Maserati only report brand totals. Buick has been excluded with a bunch of other automakers that don’t sell vehicles with base prices higher than $40K. A4 sales include the Allroad.

Source: Manufacturers & ANDC
Red font indicates year-over-year declining sales
$45,000 USD (before delivery) is an arbitrary borderline, but if GCBC was to follow this system of designating only expensive vehicles as luxury vehicles, adding approximately $15,000 to the average new car transaction price seemed like a fitting place to begin. Plenty of less expensive vehicles with specific models feature prices above $45,000 – M, RS, and AMG models come to mind, specifically – but in the case of the second list, we know that none of the registrations were of cars priced at $32,550, as would be the case with the new BMW 320i, which costs less than a Honda Accord V6 Touring. The biggest problem with a $45,000 minimum price of entry? Cars like the Cadillac XTS, which starts at $44,075.