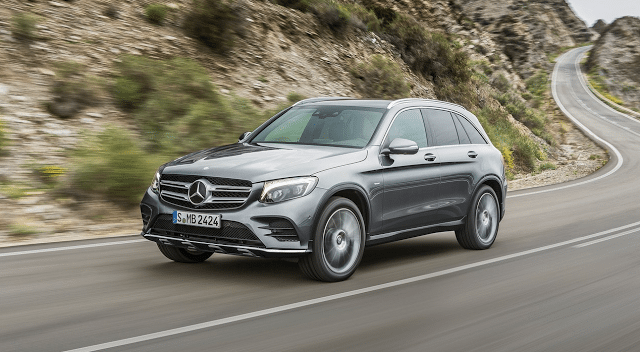 Lexus, which may have outsold all premium brands in America in calendar year 2015, fended off challenges by BMW and Mercedes-Benz despite falling 3% in March 2016. The premium sector’s declines would be hugely worrisome if not for the gains reported by many SUVs and crossovers.

The GLC and X3 ranked seventh and 11th among premium brand autos in March 2016, claiming two of the top 15’s nine spots reserved by utility vehicles.

Among vehicles with base prices above $50,000, 11 of the top 15 most popular vehicles in America in March 2016 were SUVs and crossovers. Not a single one ff the four cars on the list posted improved sales this March – six of the 11 SUVs did so.

Source: Automakers & ANDC
$50,000 USD (before delivery) is an arbitrary borderline, upgraded in 2016 from $45K last year by $5K, but if GCBC was to follow this system of designating only expensive vehicles as luxury vehicles, adding approximately $25,000 to the average new car transaction price seemed like a fitting place to begin. Plenty of less expensive vehicles with specific models feature prices above $50,000 – M, RS, and AMG models come to mind, specifically – but in the case of the second list, we know that none of the registrations were of cars priced below that borderline.