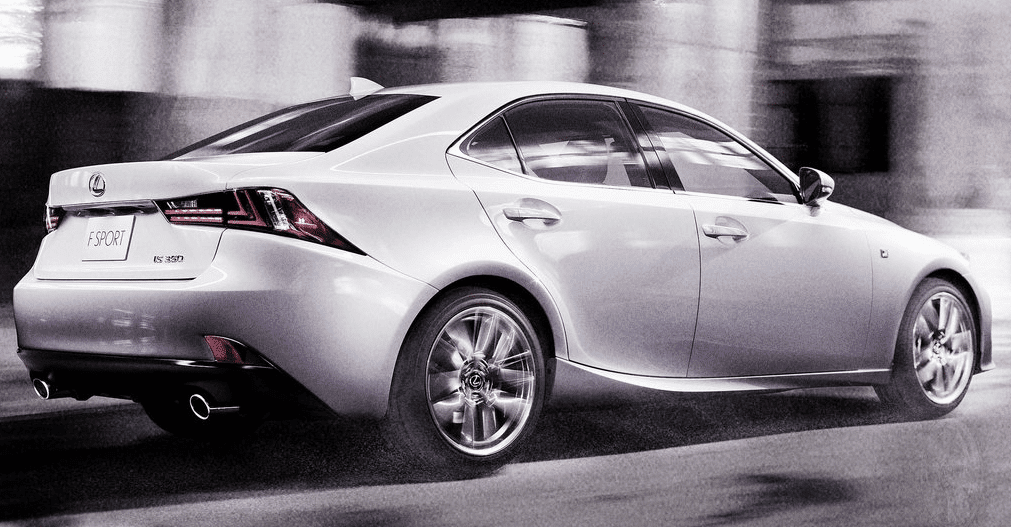 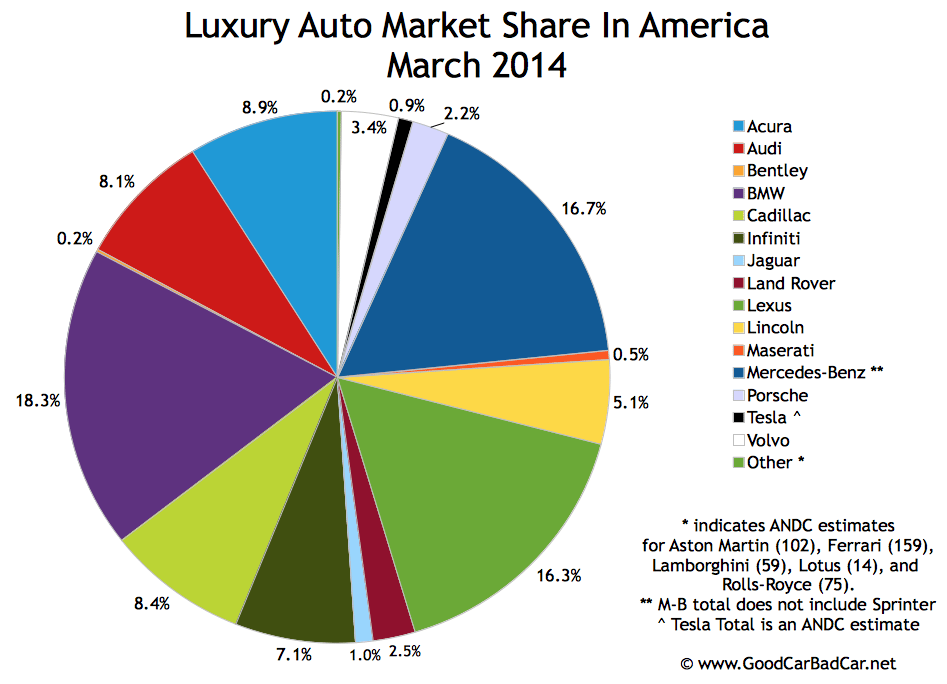 Those BMWs were joined by a Lexus trio, including the top-ranked premium utility vehicle, the RX, sales of which jumped 10% in March. There’s just the one Cadillac and one Lincoln to go along with two Acura crossovers and three Benzes.

You’ll find no Mercedes-Benz CLA here. Only 1725 were sold in the United States in March. CLA volume has fallen in five consecutive months on a month-to-month basis. (The CLA hasn’t been on sale long enough for year-over-year comparisons.) When 4895 CLAs were sold in its first full month on sale, expectations perhaps rose to unreasonable levels. The CLA ranked ninth on this list that month.

GCBC has a second list in this post where you’ll see the rankings for vehicles which, at their entry point, are priced beyond $45,000. That list is led by the Mercedes-Benz E-Class, sales of which jumped 58% last month.

For the purposes of the above list, premium brands include Acura, Audi, BMW, Cadillac, Infiniti, Jaguar, Land Rover, Lexus, Lincoln, Mercedes-Benz, Porsche, and Volvo. Brands like Aston Martin, Ferrari, Lamborghini, Tesla, and Lotus don’t report specific monthly sales data. Bentley and Maserati only report brand totals. Buick has been excluded with a bunch of other automakers that don’t sell vehicles with base prices higher than $40K.

Source: Automakers & ANDC
Red font indicates year-over-year declining sales
$45,000 USD (before delivery) is an arbitrary borderline, but if GCBC was to follow this system of designating only expensive vehicles as luxury vehicles, adding approximately $15,000 to the average new car transaction price seemed like a fitting place to begin. Plenty of less expensive vehicles with specific models feature prices above $45,000 – M, RS, and AMG models come to mind, specifically – but in the case of the second list, we know that none of the registrations were of cars priced at $32,750, as would be the case with the new BMW 320i, which costs less than a Honda Accord V6 Touring. The biggest problem with a $45,000 minimum price of entry? Cars like the Cadillac XTS, which starts at $44,600, and SUVs like the Chevrolet Tahoe, which also starts at $44,600.
^ In March, Infiniti sold 2001 copies of the Q50’s predecessor, the G sedan, and 594 Q60s and 3795 Q50s.
^ Regular-wheelbase Escalade, the best-selling Escalade, found 743 buyers in March.
* BMW USA, not GoodCarBadCar, has chosen to combine sales of the 3-Series and 4-Series.
Cadillac’s new CTS – 2918 March sales – starts at $45,100, but the lingering CTS Coupe is a sub-$40K car, and the wagon starts at $42,195.