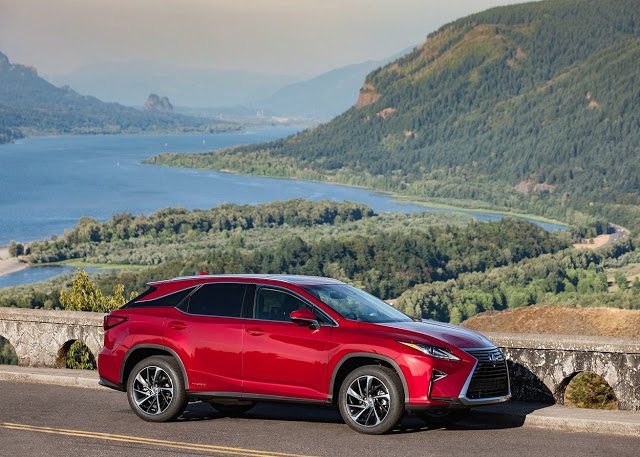 The Lexus RX further secured its position as America’s best-selling luxury vehicle in 2016 by outselling its closest challenger by 1723 units in July 2016.

Indeed, the next-best-selling premium utility, the SRX-replacing Cadillac XT5, was 3571 sales abaft of the RX, which posted a 3% year-over-year increase.

Likewise, there were four Mercedes-Benzes on the list of America’s 15 best-selling luxury autos in July.

The RX and NX accounted for 47% of the brand’s July volume.

For the purposes of the above list, premium brands include Acura, Audi, BMW, Cadillac, Infiniti, Jaguar, Land Rover, Lexus, Lincoln, Mercedes-Benz, Porsche, and Volvo. Brands like Aston Martin, Ferrari, Lamborghini, and Lotus don’t report specific monthly sales data. Bentley and Maserati only report brand totals. Buick has been excluded with a bunch of other automakers that don’t sell vehicles with base prices higher than $40K.
Source: Automakers & ANDC
° Mercedes-Benz USA, not GCBC, is now combining E-Class and CLS-Class sales.
$50,000 USD (before delivery) is an arbitrary borderline, upgraded in 2016 from $45K last year by $5K, but if GCBC was to follow this system of designating only expensive vehicles as luxury vehicles, adding approximately $20,000 to the average new car transaction price seemed like a fitting place to begin. Plenty of less expensive vehicles with specific models feature prices above $50,000 – M, RS, and AMG models come to mind, specifically – but in the case of the second list, we know that none of the registrations were of cars priced below that borderline.
RECOMMENDED READING
Top 15 Best-Selling Luxury Vehicles In America – August 2016
Top 15 Best-Selling Luxury Vehicles In America – June 2016
Top 15 Best-Selling Luxury Vehicles In America – July 2015