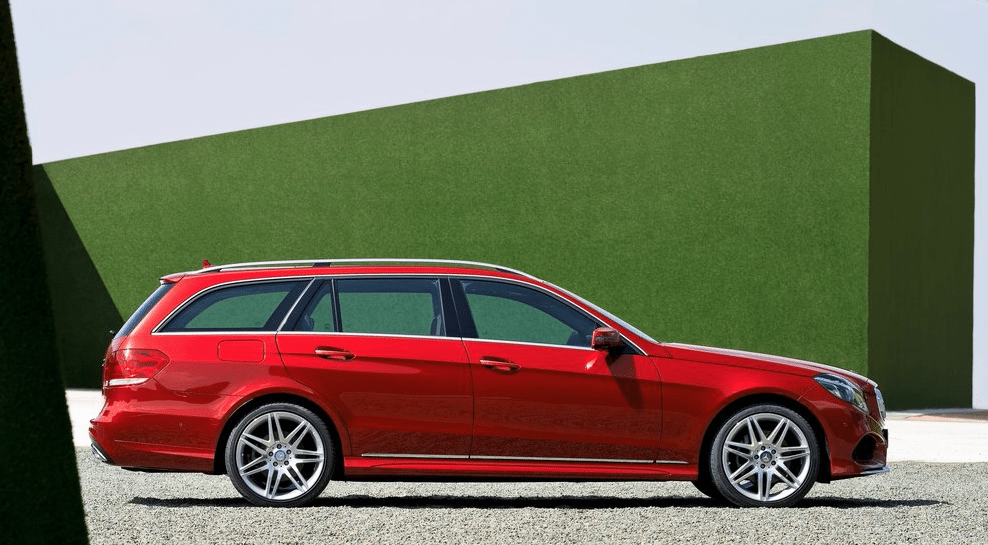 Among vehicles with base prices above $45,000, two of the six best-selling nameplates in January 2014 were Chevrolets. Corvette sales jumped 149% to 2261 units in January; Suburban volume slid 26% to 1705, slightly more than what the Range Rover Sport managed.

The best-selling $45K+ vehicle in America in January was the Mercedes-Benz E-Class: sedan, wagon, coupe, and convertible. The E-Class was joined by three other Benzes – ML, GL, S – in the top eleven.

• All 248 Vehicle Ranked By January 2014 U.S. Sales
Eight of America’s 15 best-selling premium brand vehicles in January 2014 were utility vehicles, from the third-ranked Lexus RX to the 15th-ranked BMW X3, which sold a little less than half as often as the RX.

Source: Automakers & ANDC
Red font indicates year-over-year declining sales
$45,000 USD (before delivery) is an arbitrary borderline, but if GCBC was to follow this system of designating only expensive vehicles as luxury vehicles, adding approximately $15,000 to the average new car transaction price seemed like a fitting place to begin. Plenty of less expensive vehicles with specific models feature prices above $45,000 – M, RS, and AMG models come to mind, specifically – but in the case of the second list, we know that none of the registrations were of cars priced at $32,750, as would be the case with the new BMW 320i, which costs less than a Honda Accord V6 Touring. The biggest problem with a $45,000 minimum price of entry? Cars like the Cadillac XTS, which starts at $44,600.
^ In January, Infiniti also sold 902 copies of the Q50’s predecessor, the G sedan, and 413 Q60s.
^ Regular-wheelbase Escalade, the best-selling Escalade, found 704 buyers in January fewer than the 1023 Infiniti’s QX80 managed.
* BMW USA, not GoodCarBadCar, has chosen to combine sales of the 3-Series and 4-Series.
Cadillac’s new CTS – 2232 January sales – starts at $45,100, but the lingering CTS Coupe is a sub-$40K car, and the wagon starts at $42,195.