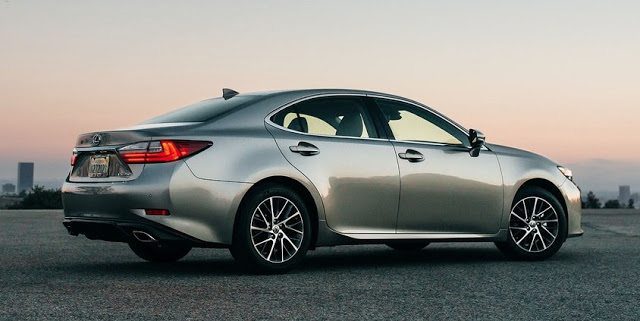 Premium is not particularly positive at this precise point in time.

Among the 15 best-selling premium brand vehicles in America in April 2016, seven sold less often than in April 2015, despite a 3.5% growth rate across the industry.

Among vehicles with base prices above $50,000, nine of the top 15 posted declining April volume. Anyone who studied the list of brand-by-brand April and year-to-date results won’t be surprised at this discovery. Through the first four months of 2016, U.S. sales at Cadillac, BMW, Lexus, Infiniti, Acura, and Mercedes-Benz are down.

The losses are most keenly felt on the passenger car side of the ledger. Mercedes-Benz C-Class sales are down 15% this year. The BMW 3-Series has lost 31% of its volume. The Lexus ES and Acura TLX, the two best-selling cars at America’s two best-selling Asian premium brands, are in decline.

Volume and profits are therefore increasingly sought after on the SUV/crossover side of the premium spectrum. Lexus RX sales, for instance, are up 12%, and the RX has built up a 9079-unit lead as America’s top-selling premium brand vehicle through the first one-third of 2016. Lexus’ four utility vehicles are up 14% to 56,924 units so far this year. Lexus’ six cars are down 20% to 42,179 units.

Source: Automakers & ANDC
* Mercedes-Benz USA, not GCBC, is choosing to combine the E-Class and CLS-Class sales figures
^ Escalade breakdown by variant
$50,000 USD (before delivery) is an arbitrary borderline, upgraded in 2016 from $45K last year by $5K, but if GCBC was to follow this system of designating only expensive vehicles as luxury vehicles, adding approximately $20,000 to the average new car transaction price seemed like a fitting place to begin. Plenty of less expensive vehicles with specific models feature prices above $50,000 – M, RS, and AMG models come to mind, specifically – but in the case of the second list, we know that none of the registrations were of cars priced below that borderline.