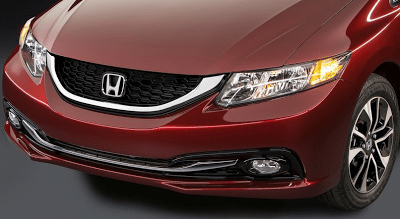 The list of America’s 20 best-selling cars was once again topped by the Toyota Camry. July 2013 Camry volume rose 16% year-over-year, sufficient growth to fend off the surging Honda Civic.

Camry volume remains down through the first seven months of 2013, but Toyota’s desire to maintain leadership will continue to turn the tide.

Detroit’s best-selling car in July was the Chevrolet Cruze, five positions and 8683 sales ahead of the Ford Focus – its most direct Detroit rival – and 4925 sales up on the Ford Fusion.

The Camry and Fusion were joined by six other conventional midsize sedans in the top 20. The BMW 3-Series was the lone premium player, although it was joined by two other German-badged cars from Volkswagen.

July 2013’s 20 most popular cars in America included 19 cars from last month’s list. Only the Chrysler 200 departed, only the Nissan Sentra gained entry.

Historical monthly and yearly sales figures for any of these models can always be accessed through the dropdown menu at GCBC’s Sales Stats page, and for those not viewing the mobile version of this site, near the top right of this page, as well. GoodCarBadCar has already published a list of America’s best-selling trucks in July, a list which happens to include every truck.